As Disney scrambles to close a deal with one of two remaining bidders for its arthouse studio Miramax, more details emerged about the collapse of the nearly-done deal earlier this week between the studio and billionaire Ron Burkle and his partners Harvey and Bob Weinstein. 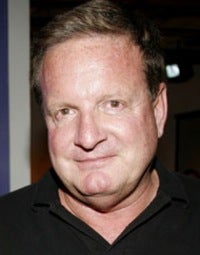 WaxWord has learned that after weeks of due diligence with dozens of lawyers, Burkle (right) cut his $625 million offer on Thursday to $565 million, claiming that Disney’s documentation of Miramax revenues did not support the agreed-upon price.

According to one individual with knowledge of the negotiation, Burkle’s lawyers called Disney executives on Thursday to deliver the harsh news.

Update: Another individual involved in the negotiation denied  Burkle cut the price, and said that the deal collapsed because of what was called an "inability to close."

Disney had been seeking $700 million. And six weeks ago, as negotiations with three bidders climbed to a fever pitch, the bidding inched up from $600 million to $625 million — and in the case of bidder David Bergstein, it went as high as $650 million.

But after Burkle-Weinstein negotiated an exclusive window to try to close the deal with Disney, lawyers and executives pored over Miramax’s revenue figures and found discrepancies. Those discrepancies led Burkle’s finance experts to conclude that they could not justify the higher value. 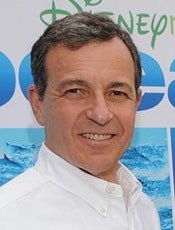 For example, the movie “Everybody’s Fine,” starring Robert De Niro, was listed in Disney documents as having projected earnings of a certain figure. But the figure was not adjusted to reflect the actual box office performance of $9 million, which affected the accuracy of projected revenues for DVD, pay-per-view and television rights.

One individual involved said the discrepancies were not small sums, and amounted to mistakes that cut off $10 million and $20 million from the value of individual properties. All together, these differences affected the overall value of the Miramax library.

In truth, the question of valuation of the 700-film library all along has been the thorny issue in trying to bring buyer and seller together to close a deal.

Early estimates put the value of the library at about $500 million, which is indeed where Burkle’s advisers ended up. According to the knowledgeable individual, Burkle was willing to overbid by $65 million in the belief that the Weinsteins would be able to effectively monetize the library in creative ways.

But after the bid was reduced on Thursday, Disney rejected the offer outright.

On Friday, with Burkle and Weinstein issuing a public statement that they were trying to get the deal done, both sides continued to talk.

On Tuesday, the Weinsteins and Burkle woke up to the news in the Wall Street Journal that the negotiations had been formally terminated.

Alec and Tom Gores, who had previously bid $600 million for the studio, have stepped back in to try to buy the studio, and so have David Bergstein and his backer, billionaire Ron Tudor.

Neither Disney nor the Weinstein Company would respond to requests for comment.