Misha Collins is returning to The CW. The “Supernatural” alum is joining the cast of “Gotham Knights,” which is currently in the pilot phase.

The drama series revolves around Bruce Wayne’s son, who teams up with the children of famous Batman villains in the wake of the Dark Knight’s murder.

Collins will play the famed role of Harvey Dent, Gotham’s charismatic, hard-charging District Attorney who will eventually become one of the city’s most feared supervillains, Two-Face. 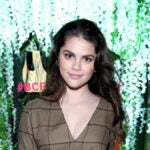 “Gotham Knights” is not based on the upcoming video game from Warner Bros. of the same name, but rather the characters from the comics.

“Gotham Knights” will be written and executive produced by Chad Fiveash and James Stoteraux, with Natalie Abrams as a writer and co-executive producer. Greg Berlanti, Sarah Schechter and David Madden will executive produce for Berlanti Productions in association with Warner Bros. Television.

Collins previously starred on “Supernatural” as the angel Castiel for 12 years alongside Jared Padalecki and Jensen Ackles. Both Padalecki and Ackles have since also returned to The CW.

Padalecki made his return last year to star in the western series “Walker.” He is also an executive producer on the “Walker” prequel series, which was one of three to receive a pilot order along with “Gotham Knights.”

The third, a “Supernatural” prequel series titled “The Winchesters,” is executive produced by Ackles. He will also narrate the series as Dean Winchester.