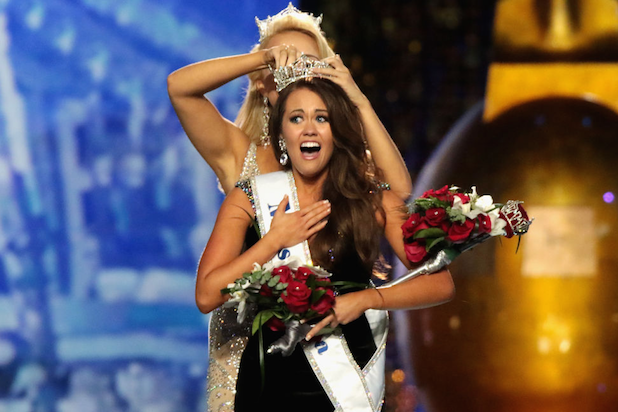 The “Miss America” competition is returning to NBC.

The network has struck a deal for the TV rights to the 2020 ceremony. The new agreement marks the first time the competition will not air on ABC since 2011.

No date or location for “The 2020 Miss America Competition” has been announced.

“NBC is excited to once again team with our friends at the Miss America Organization in what we know will be an entertaining telecast featuring so many inspiring women,” said Doug Vaughan, executive vice president, special programs and late night for NBC Entertainment.

“Miss America is thrilled to be back home at NBC with our 100th anniversary just around the corner,” added Miss America president and CEO Regina Hopper. “NBC is the perfect partner to tell the real stories of these intelligent, talented and socially conscious young women who will be the country’s next leaders.”

Like nearly all other live TV events, “Miss America” has suffered some major ratings declines in recent years.

Last year’s contest — the first in the post-#MeToo era, and the first in the organization’s 98-year history not to feature a swimsuit or evening-gown portion — marked an all-time ratings low for the show, pulling in just 4.3 million viewers, a nearly 20% year-over-year decline. Those viewership numbers came in even lower than in the years when the competition was broadcast on basic cable.