Miss Ukraine 2018 Veronika Didusenko called on President Joe Biden and other Western leaders Tuesday for a no-fly zone above her country – and for more weapons and ammunition for her people – amid Russia’s devastating invasion of Ukraine.

Didusenko, who fled her homeland with her 7-year-old son in recent days, spoke at a news conference in downtown Los Angeles. Didusenko said she and her son were awakened by sirens and explosions in the Ukrainian capital of Kyiv on Feb. 24 after the city was bombed. Thousands of vehicles created a massive traffic jam on the highway as tens of thousands of families started to flee.

“On my many-day journey to the southwestern border of Ukraine, there was no place where sirens would not sound, where rockets and bombs would not explode,” the former beauty queen said from women’s rights attorney Gloria Allred’s office on International Women’s Day. 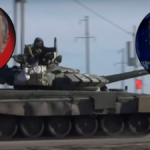 Didusenko added that she and others fleeing could see Russian helicopters bombing the nearby Gostomel airfield. Yet she said they were determined to find refuge.

“In order to get to the safe place with my son at a home of friends who could help us, we had to travel through four countries: Moldova, Romania, Luxembourg, and Switzerland,” she explained. “I went to the U.S. Embassy in Luxembourg to apply for a Visa for my son. I had a Visa, which has been issued to me some time ago, but when I applied for a Visa last week for my son, the Visa for my son to travel with me to the United States was denied. Therefore, I had to leave my son with my friends in Geneva until I return at the end of this week.”

The Russian invasion of neighboring Ukraine and the ensuing conflict has created a ballooning humanitarian crisis, causing some two million people – half of them children – to flee the besieged Eastern European nation, according to United Nations officials.

Didusenko added that the women and children still in Ukraine are living in terror.

“Right now, millions of Ukrainian children and their mothers are trembling at every sound in the subway stations and bomb shelters. Even more heartbreaking is that women are giving birth in such conditions in these shelters,” she said. 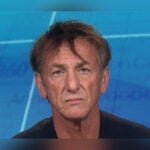 She thanked Ukraine’s allies and hundreds of thousands of “regular people” around the world, including celebrities, for their help and support. But she said Western governments need to act swiftly to stop the bloodshed.

“Those who are under fire from the Russian fascist bombs are begging our allies to close the skies over Ukraine,” Didusenko said. “Unfortunately, their pleas are falling on deaf ears in Washington and Europe, just like the warnings of Putin’s madness over the past 8 years.”

Not only professional fighters are waging combat. Hundreds of thousands of civilians have signed up to fight with Ukrainian forces and in some places, where there is no organized defense, stand unarmed in front of tank columns, Didusenko noted. Due to Russia’s failure to maintain humanitarian safe passages as promised, a child has even died of dehydration, she said.

“Ukrainians absolutely have the courage to defend their land and homes, but in order to stop the endless attack from the east and north, they are in desperate need of weapons and ammunition,” Didusenko said. “We will fight for our freedom and yours.”

Didusenko and Allred had planned before the war to meet on March 8 to discuss a separate women’s rights issue.

Attorney Allred spotlighted “the courage and the suffering of the mothers and children of Ukraine” who have been fleeing amid the warfare to get their children to safety.

She said many women have lost their homes, have been separated from their husbands who must stay and fight Russian soldiers, and have lost members of their families either through death or physical separation. 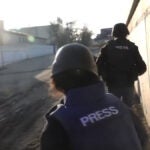 In light of this “urgent humanitarian crisis,” Allred urged Biden to “immediately announce” that he will give Ukrainians “humanitarian parole,” which would allow them to be screened and then enter and stay in the United States without a visa.

“This approach is necessary and urgent because the visa process could take many months or longer and the delay in that process may put the lives of these mothers and children at risk,” Allred said.

Following their statements, Didusenko and Allred held up a blue and yellow Ukrainian flag while the Ukrainian national anthem was played. Allred said she and Didusenko will hold another news conference tomorrow on a separate women’s rights issue.