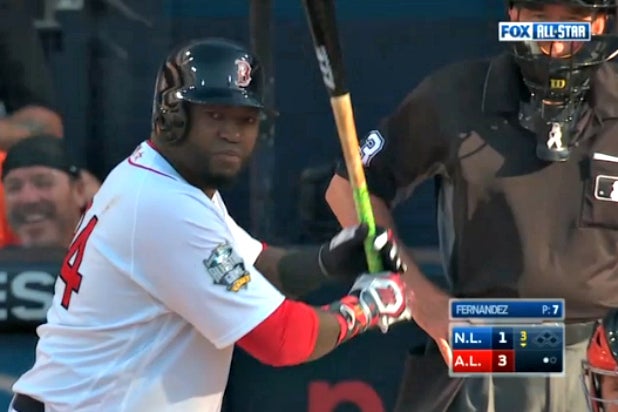 (Editor’s Note: An earlier version of this story misidentified NBC’s 8-10 p.m. block as being “American Ninja Warrior.” It was actually “America’s Got Talent,” which individually beat Fox’s MLB All-Star Game head-to-head in the 120 minutes they competed. TheWrap regrets the error.)

Fox and America’s pastime beat the “America’s Got Talent”-led NBC last night in the key 18-49 demographic — but it was darn close.

The reality competition actually bested the Mid-Summer Classic (and everything else) outright over the two hours they competed head-to-head. “AGT” also handed NBC a total viewer victory across the entirety of prime time.

Due to the nature of live sports — and Fox only typically programming a two-hour national primetime — the numbers for the American League’s 4-2 victory over the National League are subject to change.

Last year, the All-Star Game on Fox won the night by a full ratings point in the main demo, while last night’s margin is currently just one-tenth of a ratings point. And if NBC’s overall eyeball claim holds — which feels likely — it’ll be the first time since 2011 that Fox’s All-Star Game couldn’t top total viewers.

For now, Fox was first in ratings with a 2.0 rating/8 share in the advertiser-coveted 18-49 demographic and second in total viewers with an average of 7.9 million, according to preliminary numbers. The baseball game was the only telecast on Fox’s schedule.

Univision and Telemundo tied for fifth in ratings, both with a 0.6/2. Univision was fifth in total viewers with 1.65 million, Telemundo was sixth with 1.55 million.