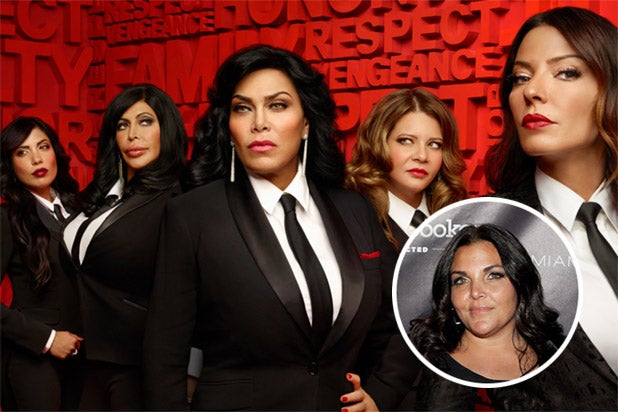 VH1’s hit reality series “Mob Wives” premieres its sixth and final season on Wednesday, and with the subtitle “The Last Stand,” it promises to be an explosive one.

“I feel like certain truths will come out,” executive producer Jennifer Graziano said in an interview with TheWrap. “People’s alliances have shifted based on truths they’ve learned over the past five seasons, and there will be a certain level of drama.”

The series, which revolves around a group of women, including Graziano’s sister Renee, whose family members have ties to the Mafia. The sixth season sees the reunion of the shows original cast that also includes Drita D’Avanzo, Karen Gravano, Carla Facciolo and Angela “Big Ang” Raiola (who joined the show after the first season) for the first time since Season 4.

Read the full interview with Graziano, in which she talks about reuniting the cast, possible continuations of the franchise and why the Big Ang spinoff failed, below:

TheWrap: What is it about “Mob Wives” that’s made it such a fan favorite?
Graziano: First of all, I think the mob itself pulls a certain level of intrigue worldwide, and I think that “Mob Wives” has given that a new perspective. A new look into it from the women’s perspective. So that itself is interesting.

And aside from that, a lot of the trials and tribulations they go through people can related to, even without being in the mob. I mean, a single mother would deal with the same kind of parenting issues they have … friendship issues, trust issues — people can identify with that. Overall, regardless of the mob factor, there’s a lot of topics we cover that are relatable to what people experience on a daily basis.

What can viewers expect from this final season?
I feel like certain truths will come out. People’s alliances have shifted based on truths they’ve learned over the past five seasons, and there will be a certain level of drama. As there always is on a show about a group of women. But aside from them coming full-circle relationship wise, a lot of them have learned about themselves over the last season. And you’ll see them individually at peace with their lives, moving in a positive direction and being more independent from the things that once defined them.

A big part of this season has been about bringing back the “OG” [Original Gangster] cast, how did you come to that decision?
The way that I always felt was where you started is where you should finish. The four original girls — Carla, Drita, Karen and Renee — without them we wouldn’t be where we are. And Big Ang came in for the second season, but I consider her one of the original cast members because she exploded on the scene and brought so much to the table from early on. We said it was important to give the audience a full-circle wrap up of where those founding women are in their lives. Unfortunate circumstances saw the departure of some of the cast members, but once we were able to resolve some of those issues, we were able to go back to basics.

Do you see possibly revisiting the franchise in the future?
You never know, this may be the end on VH1, but it doesn’t necessarily mean the end overall. I’m working on developing a scripted comedy derived from the concept. So I may revisit it one way or another, whether it’s in a scripted format or back to reality.

Why haven’t any of the spinoffs, like “Mob Wives: Chicago” or “Big Ang” connected with the audience?
With “Chicago,” I think we went to market a little too soon with it. We should’ve filled out the original “Mob Wives” franchise a little bit more before we gave people a slice of a different color. And when you think of the mob, you think of New York. Even though there were huge characters out of Chicago, I think viewers had a hard time with that change. People were so involved with the New York cast, they compared it to that, and I guess the audience felt it fell a little short.

As far as the “Big Ang” show, we did well with it, I just think for the network, the characters may have skewed a little older for the demographic. And the ensemble cast is really what makes the show. It’s hard for any one person to carry a show on their own. We’ve seen it with other tremendous franchises in which one person tries to go it alone and they don’t do as well.

Your sister Renee is on the show, did you ever consider being on it yourself?
No. Never. Not one day.

Why not?
I’m more of a behind-the-scenes type of girl. I’ve always wanted to be in the business of television, not the art of television, if you will. And I honestly don’t have that big, over-the-top personality like the others. I get a little shy.