Greenwich Entertainment has released the first trailer for "Moby Doc," the surrealist documentary from Rob Balver about the life and career of electronic music artist Moby. Watch the embed above.

"My life as a musician has taken me to a lot of very odd places," Moby added. "Sounds like hyperbole, but music saved me." 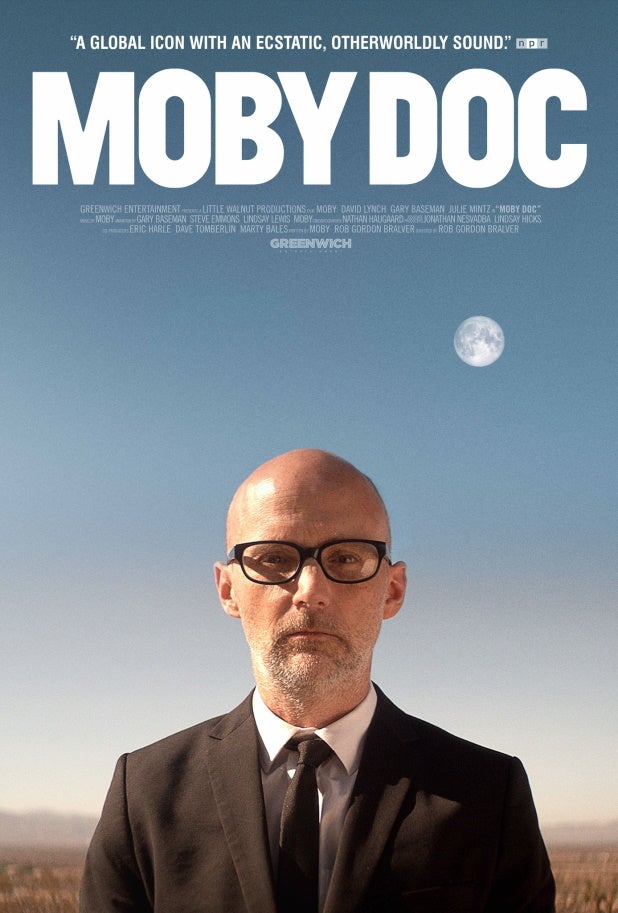 Written, directed and edited by Balver, the film will be guided by narration from Moby himself as he recounts his rise from the underground punk scene to one of the most influential electronic artists ever, fighting addiction (he missed his mom's funeral because he was passed out drunk) and becoming an activist for various social causes along the way. The film features interviews with David Lynch and David Bowie along with concert and archival footage.

"Moby Doc" will be the latest in a series of music documentaries released by Greenwich, following the Laurel Canyon folk music doc "Echo in the Canyon" and "Linda Ronstadt: The Sound of My Voice." The distributor also handled the release of the Oscar-winning 2018 documentary "Free Solo," which captured Alex Honnold's death-defying ascent up El Capitan in Yosemite National Park without any climbing gear.

"Moby Doc" was produced by Rob Bralver and Jeff Broadway with Moby as an executive producer and Marty Bales, Eric Harle and Dave Tomberlin as co-producers. Greenwich's Andy Bohn negotiated the deal with 30WEST on behalf of the filmmakers. The film will be released in theaters and on digital platforms on May 28.