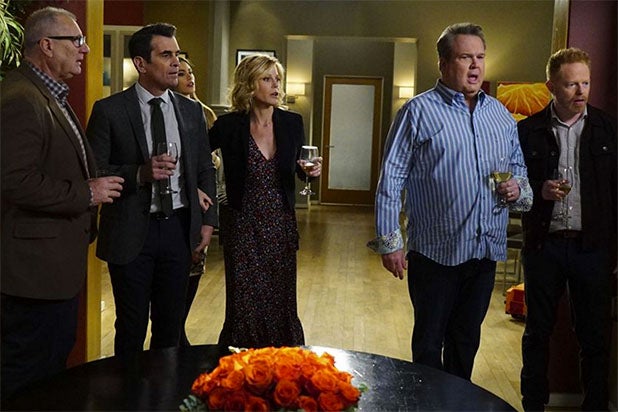 The upcoming 10th season of “Modern Family” will deal with some heavier themes, according to co-creator Christopher Lloyd — even death.

“We’re handling some bigger life events in this season,” Lloyd said in an interview with Entertainment Weekly. “We do deal with a death, which is certainly a topic that families have to deal with, and on television, it’s not easy to do because that’s a heavy subject. But at the same time, it would seem unusual for a family not to go through it.”

Lloyd declined to specify which character would be killed off the show, simply indicating that it would be a “significant” player.

The Emmy-winning comedy is set to return to ABC later this month for what may be its final bow.

Though ABC has not made any formal announcements about the show’s future, co-creator Steve Levitan has previously hinted that the 10th season could be the show’s last, and ABC Entertainment president Channing Dungey told reporters earlier this month that the network would only be interested in a potential 11th run “if we can find a way for a deal that makes sense,” given that the cast’s contracts are set to expire at the end of the current season.

Lloyd, however, was more optimistic about the show continuing into the future.

“From our standpoint creatively we’ve gotten excited writing this season and changing the lives of the characters — some in a significant way — and it’s made us think, ‘Wow, there’s a lot to explore in the lives of these characters,'” he said.