If content isn’t king, then we’re all in trouble.

But that’s one of several conventional wisdoms that Columbia Business School economists Bruce Greenwald and Jonathan Knee, along with media consultant Ava Seave, seek to puncture in their new book, “The Curse of the Mogul: What’s Wrong With the World’s Leading Media Companies.” (see part I)

“Making movies, producing music and publishing books have been terrible businesses for a very long time,” they say. And the Internet is making it worse. 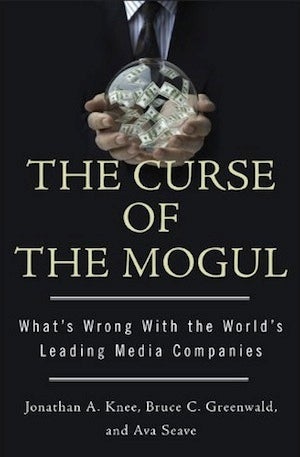 Here’s their argument: The movie, television and music businesses have become hit-driven – the blockbuster and franchise mentality has dominated since the 1980s. Media companies need the moguls’ supposed skills in producing blockbusters to be successful.

But, they argue, “there is simply no efficient way to monetize this skill for the benefit of shareholders rather than the producers themselves.”

In other words, loads of money is being made off of “Pirates of the Caribbean” and the “Terminator” series. But, the authors argue, none of it is going to shareholders – instead it’s going to the producers and the overpaid executives.

OK. But by that logic, content can still be king – which is a concept that suggests that it’s the quality of the movie or song or book that creates the value, rather than the delivery system, or the fancy packaging – or the mogul, for that matter.

And that would simply mean shareholders who want to be in high yield, high-dividend companies should invest in something else. (And when they find out what that something else is, please let me know.)

This approach also seriously oversimplifies the landscape of entertainment companies. The studios and TV networks are now small divisions of huge, diversified conglomerates like Sony, General Electric (not for long, but you get the idea), and Time Warner, whose shareholder value is still being hurt  far worse by the disastrous merger with AOL , rather than by the performance of “Batman” at Warner Brothers.

Here’s the reality on the ground: studios have been managing the risk of high costs for at least the last five years by making outside financiers fund their ever-more-expensive movie productions.

They have also dramatically cut costs in the past two years – to the great pain of independent producers and the dismay of talent agents everywhere – by ending overhead deals, reducing the number of movies they’re making and cutting deep into the $20 million fees once paid to A-list talent, but almost never paid anymore.

One absolutely valid point, however, is that – sorry, guys – you moguls are dramatically overpaid. 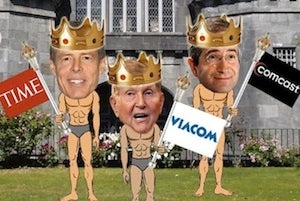 As we explored in one of our first Wrap investigations, the executives at the top of media companies make insane salaries when compared to those of, say, new media companies that have explosive growth and created explosive shareholder value. (Those guys get paid in shares, d’uh.)

That’s a great big elephant in the room that you can expect every mogul to ignore.

Meanwhile, the authors make a compelling case that the media industry fails to distinguish good growth from bad growth. Moguls feed their addiction to growth via ill-advised acquisitions.

They give the example of Comcast overpaying for AT&T Broadband. Of Rupert Murdoch overpaying for IGN Entertainment, which quickly followed the acquistion of MySpace in 2005 but for even more money — $650 million.

“Media moguls seem congenitally uable to give the cash thrown off by these enterprises back to shareholders.” 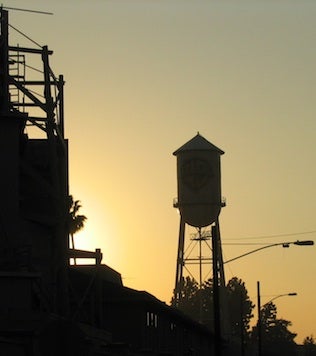 So, OK, perhaps Hollywood is profligate. Perhaps media moguls do like to lay out cash for shiny, expensive objects.

But then the authors go too far and ask: Does Hollywood need movie lots?

“Sure the tours are cool … but does anyone really believe that Columbia, Paramount, Universal and 20th Century Fox all require major studio lots in greater Los Angeles in order to operate effectively?”

Wouldn’t it make more sense, the authors heretically suggest, to contribute some portion of the studio lots “to a joint operating company whose sole purpose would be to run them at optimal capacity for the shareholders ad sell the excess for redevelopment?”

And does anyone think this is likely to happen? Ever?