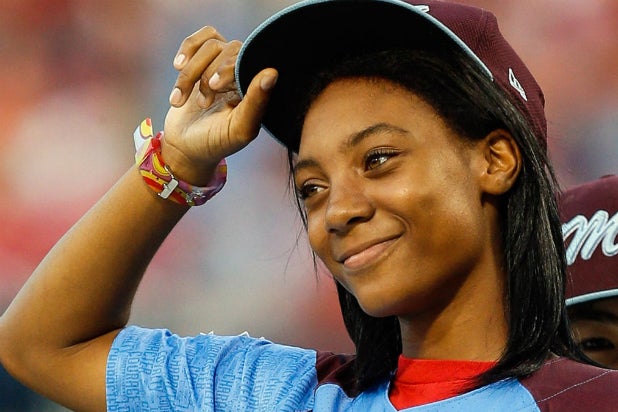 Disney Channel is developing an original movie based on the life of 13-year-old baseball player Mo’Ne Davis, who made history in 2014 by becoming the first female to pitch a shutout in the Little League World Series.

“Throw Like Mo,” written by Sheldon Candis and Justin Wilson (“LUV,” “A Slave in the White House”), will be executive produced by Debra Martin Chase (“The Sisterhood of the Traveling Pants,” Disney Channel’s “The Cheetah Girls” series). Davis and the female-centric ESPNW will consult on the film.

“There are so many great things happening to me right now, and it’s a very exciting time in my life,” Davis said in a statement. “A year ago, I never would have thought that Disney Channel would make a movie about me. I can’t wait to get started, and I hope it will encourage other viewers to believe that dreams really do come true.”

Davis, a member of Philadelphia’s Taney Dragons team, was the first Little League player to appear on the cover of Sports Illustrated and threw out the first pitch before Game 4 of the World Series last October.