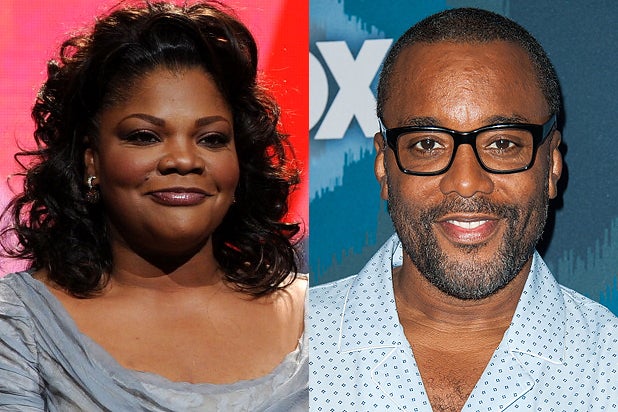 In the ongoing saga over whether Mo’Nique was ever offered the coveted role of Cookie Lyon on the hit Fox series “Empire,” says yes — and she has proof.

The Oscar-winning actress sat down for an interview on the SiriusXM radio show “Sway in the morning” on Monday. The “Precious” star arrived armed with ammunition she insisted would prove she was approached about the part before it ultimately went to Taraji P. Henson.

told host Sway Calloway that last year, “Empire” executive producer and writer Lee Daniels called her saying, “You got the role, but you know, there’s some technical stuff — I aint’ never done TV before, so you gotta go through the technical part.”

then produced printed-out emails she said were sent a short time later by Daniels’ camp asking her representatives to coordinate a screen test, before they later announced the deal was dead.

Below are some of the emails as read aloud by Sway:

had a conversation with about his new television pilot for Imagine TV/Fox called “Empire.” We would like to screen test her for the role of ‘Cookie.’ Please contact us with her television quotes, so that we can start a test, option, deal. We are tentatively looking at Monday, Feb 24 for the screen test.

Hello I am following up on my previous e-mail regarding ‘ pilot and s television quotes. This is a time sensitive matter. Lee really does not want to miss this opportunity.

Unfortunately it’s not going any further for . Lee fought for her because he thought she would be great for the pilot but studio and network executives insisted on offering the role to Taraji. Thank you so much for providing us with her information. Sorry it didn’t work out. We’re all big fans of hers.

The issue first arose earlier this year when Mo’Nique said in an interview that Daniels told her she was meant to play Cookie. That wasn’t the only project the actress said Daniels promised her. She also claimed that she had previously been in talks with Daniels to play the character that Oprah Winfrey ultimately portrayed in the critically acclaimed 2013 civil rights drama “The Butler.”

Mo’Nique told Sway she reached out to Daniels to clear things up after the brouhaha over the Cookie role erupted.

“We sent Lee an email and we said ‘Hey Lee, here are the emails because you may have forgotten about this communication. You may want to clear my name brother because it’s now right here.’ But we’ve not heard anything from him.”

co-creator Danny Strong, who also wrote and executive produced “The Butler,” tweeted  a statement on Feb. 28, telling his followers the actress is confused. “ was never offered roles in Empire or The Butler. #SettingRecordStraight,” he wrote.

, who will next appear on screen in the independent drama “Blackbird,” also took issue with Strong’s tweet and a comment he made about her when he previously sat down with Sway.

Also Read: Mo'Nique on Why Black Hollywood Actors Shunned Gay-Themed 'Blackbird': 'Everyone Was Afraid of It'

“When I heard that had come on the [Sway in the Morning] show, and, you know, was adamant that ‘ was never offered that role,’ and he had gone on other places and said it, and I tweeted that brother and I said, ‘Will you speak as loudly when you understand that you’re telling something that’s not correct?'” she said.

“When people were making it seem like I was just pulling something out the air, and I was trying to attack this brother, I’m like, ‘Guys, I have the emails, the communication, going back and forth, with ,'” continued, adding, “When he began to say things that just weren’t true, that’s when I had to say, ‘brother, I can’t allow you to do that.'”

added that she would welcome a dialogue with Daniels.

Representatives from Fox did not immediately return TheWrap’s request for comment.

Watch the video of Sway reading the emails at the 6:57 mark.