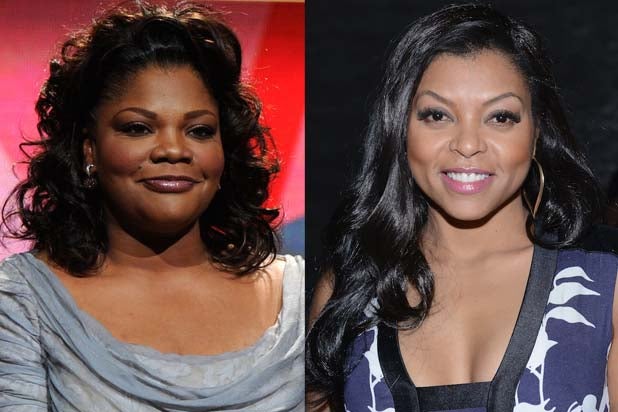 According to Mo’Nique, “Empire” creator Lee Daniels offered her the role of Cookie before Taraji P. Henson was hired on the Fox series, but co-creator Danny Strong says otherwise.

“Mr. Daniels offered me the part of Cookie, and I have the emails and the sides to go along with it, and what he said was, ‘I’m new to this TV thing. This is just a technicality… you have the role.’ Okay. I have the emails,” Mo’Nique told Access Hollywood, adding: “Well, four days have gone by because I didn’t receive a phone call or another email for the location of where I was supposed to go to do this screen test.”

That’s not the only project the Oscar-winning actress says her “Precious” director promised her. She claims she was also in talks with Daniels to play the character that Oprah Winfrey ultimately portrayed in the critically acclaimed 2013 civil rights drama “The Butler.”

Also read: Mo’Nique Says Hollywood Treated Her Like She ‘Just Got Off the Greyhound Bus’ After Oscar Win

Strong, who also wrote and executive produced “The Butler,” took to Twitter last week to say the exact opposite.

Mo’Nique was never offered roles in Empire or The Butler. #SettingRecordStraight @leedanielsent

Mo’Nique’s claims followed her reaction to Daniels’ assertion that she was “blackballed” from Hollywood after making “unreasonable demands” during the Oscar campaign for “Precious.”

“It wasn’t that I was blackballed like Mr. Daniels said,” Mo’Nique insisted in an interview with CNN last week. “The phone was ringing and the scripts were coming but the offers that were associated with them made me say ‘I can’t accept that.'”

In an exclusive interview with TheWrap published on Tuesday, the actress suggested that those “offers” weren’t particularly “fair,” either.

“When you win an Academy Award, what do you believe that the award is supposed to do? Should it elevate your career financially?” Mo’Nique asked rhetorically. “So, when we get offers that appear as if I just got off the Greyhound bus and just got to Hollywood and we say, ‘Well, can we get what’s fair?’ That’s gonna appear overly aggressive if they [studios and production companies] are not used to people saying, ‘Can you just give us what’s fair.’”

Despite her previous issues with Daniels, Mo’Nique told TheWrap she is proud of him and “Empire’s” success.

“I want the world to continue to support my brother Lee, my brother Terrence [Howard], Taraji [P. Henson] and that whole cast. They are breaking record numbers,” she said, before admitting that she has not seen the series.