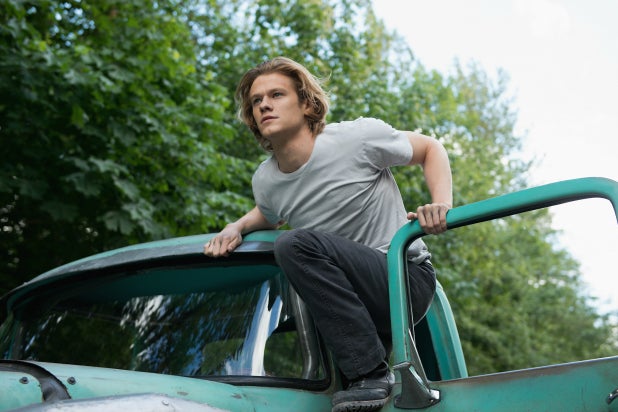 Originally slated to be released at the tail-end of last year, “Monster Trucks” has surreptitiously (and unceremoniously) slid into theaters this weekend across the country. The ominous January release date is typically a bad omen and telltale sign of a film’s quality.

Of course, there are exceptions to the rule. Case in point: “Monster Trucks.” “Ice Age” director Chris Wedge’s first foray into live-action cinema is an oddly charming story that delivers on the promise of its title. There are monsters, and there are trucks. Plenty of them.

Written by a squadron of screenwriters (Derek Connolly, Matthew Robinson, Jonathan Aibel, Glenn Berger), “Monster Trucks” opens with a focus on the back-half of its title. Tripp (Lucas Till) is a disinterested high-school senior who longs to move away from his small town. In the meantime, he works tirelessly on building a gargantuan monster truck out of used scraps from disposed cars.

While Tripp flexes his mechanic muscles, an accident unfolds at a local oil-drilling site. Unbeknownst to most, a subterranean creature emerges from the spillage, making its way to Tripp’s garage. Given that Tripp is not blind, he discovers the unusual specimen — part sea beast, part land animal — tucked away in his makeshift monster truck.

At first, Tripp is petrified by this sprawling force, so slimy and sinuous. But it’s quickly revealed that this being is fairly innocuous. Tripp befriends the lighthearted creature almost immediately. There’s one hitch, though: their friendship depends on “Creatch” (the nickname given to Tripp’s new pal) staying under the hood of the car. Once underneath the vehicle, Creatch serves as a surrogate engine for the monster truck. When Meredith (Jane Levy), a bookish classmate tutoring Tripp, suggests to him that this treatment is animal abuse he says, “No! We’re friends! We’re having fun!” The topic is dropped shortly after that exchange.

It’s a sign of some progress that at least the conversation about animal rights is broached here. And it’s true that after enough sequences of Tripp and Creatch bumbling around town and taking selfies together (yes, this happens), it’s clear both parties are happy with their arrangement. The whole partnership is peculiar, but functional.

What’s most confusing is figuring out who, exactly, is the target audience for this raucous romp. Emblazoned with a PG-rating, the film contains several odd bits of attempted comedy clearly designed for someone older. For example, there’s a scene in which Meredith comes over on a Friday night to help Tripp out with his science homework. When she approaches, he’s nervously hiding Creatch from corporate wranglers looking to capture and dispose of the creature, so he tells her to go home. In the dark. Alone. Frustrated that Tripp won’t offer her a ride back, she yells, “What if I get abducted walking home?” His response? “Who’s going to abduct you?”

She’s deeply hurt by this comment, but not for the reasons you think: she perceives the remark as an insult to her appearance. Yes, this is how both of the characters (and the film) play this scene, with the momentary contention that she is not attractive enough to be abducted. Correcting himself, Tripp says, “Oh, no, I didn’t mean like that!” It’s one of the most uncomfortable interactions I’ve ever seen in a major motion picture. I don’t know what compelled the writers (the editor, or anyone else who had an editorial voice on this project) to keep this line of dialogue in. But it’s hard to endure.

That “Monster Trucks” manages to regain some goodwill after that scene is a testament to its overall affability. Levy and Till prove to have chemistry together despite their predictable romantic arc. Wedge (whose other previous credits include “Robots” and “Epic”) knows how to keep the proceedings generally casual and breezy. The action sequences unfold with an air of lightness and youthful irresponsibility. This is especially evident when Creatch, Tripp and Meredith drive around town, crashing into people and destroying a used car lot. The presentation suggests a fun time, where consequences are non-existent.

Even Creatch itself, with its endearing eyes, proves to be lovable by about the hour mark. These elements are all well and good, but if you’re above the age of 12, it becomes considerably harder to reconcile the sporadic tone-deafness undergirding “Monster Trucks.” There’s a sentence I never thought I’d write.