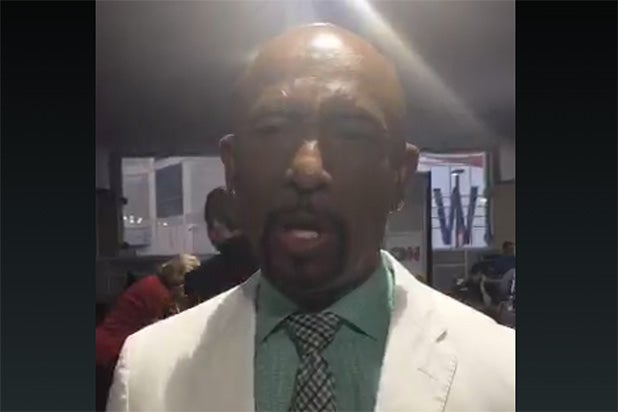 Montel Williams has issued a heated response to Fox News host Bill O’Reilly after the host criticized him on-air for walking off and refusing to appear on the show.

Williams was scheduled to appear on O’Reilly’s program from the Republican National Convention in Cleveland, Ohio, on Wednesday night, but the Fox News host said he “walked out in a huff” because he was upset over “some gay thing.”

Calling Williams “cowardly,” O’Reilly said that he “will never be never be on this program again. He’s not a man of his word, he’s unprofessional … that is about as low as it gets.”

Williams soon took to Twitter to fire back, calling O’Reilly’s comments “amusing” and “ridiculous and unprofessional,” in a series of tweets.

The TV personality also filmed a Periscope to “set the record straight.” He explained in the two-minute video that he initially agreed to be on “The O’Reilly Factor,” but changed his mind when producers switched topics on him at the last minute.

“This is the first time I have not done an interview that I was scheduled to do, probably in the last five years,” he said. “That does not bring O’Reilly’s show to a screeching halt. It should not have even affected Bill.”

His message then transitioned into a heated rebuttal of the “cowardly” label, insisting that O’Reilly is the real coward.

Referencing the scandals that have marked O’Reilly’s career, including allegations of domestic abuse raised during his custody battle, Williams said “We know who the coward is.”

“You want to talk about coward? That’s what a coward truly is, somebody who’s going to call somebody a name on air, and not even to their face. I’m calling you one now, so the whole world can see it.”