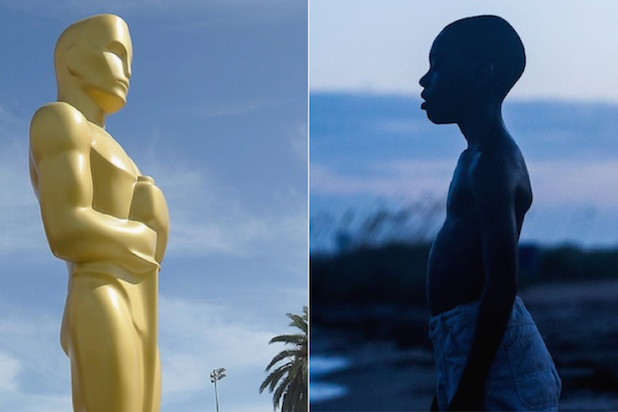 After winning Best Picture at the Oscars in the most unforgettable way possible, “Moonlight” has enjoyed its strongest weekend yet at the box office in its 20th week in theaters.

The critically-acclaimed drama made $2.5 million from 1,564 screens this weekend, bringing its domestic cume to $25 million. This success comes in spite of the film’s release on Blu-Ray and digital platforms this past Tuesday.

This puts “Moonlight” on pace to set a studio box office record for A24, passing the $25 million domestic total set in 2015 by “Ex Machina.” “Moonlight” will also likely pass the $36 million global cume set by the sci-fi film, as it has yet to roll out into several major markets including Germany and Japan.

“Moonlight” won the Oscar for Best Adapted Screenplay last week, as well as Best Supporting Actor for Mahershala Ali’s sensitive performance as Juan, a drug dealer who becomes a surrogate father for the prepubescent protagonist, Chiron. But it surprised everyone by defeating heavy favorite “La La Land” to win Best Picture, becoming the first film with an all-black cast to win the Academy’s top prize.

Itovies to enjoy a box office bump after a big awards win. Last year’s Best Picture winner, “Spotlight,” made $1.8 million domestically and another $5.8 million overseas the weekend after the Oscars, bringing its worldwide cume to $88 million. This came in spite of the fact that the film had been made available on home release two weeks prior.

But the “Moonlight” Oscar bump is a unique case, as the film stayed in headlines longer than a Best Picture winner usually does thanks to the now-infamous envelope mix-up that led to “La La Land” being erroneously declared the winner, only for the producers to discover when they got onstage that “Moonlight” was the actual victor. The error resulted in the Academy announcing that Martha Ruiz and Brian Cullinan, the PricewaterhouseCoopers accountants responsible for the envelope mix-up and the delayed correction, would be replaced by new accountants at next year’s Oscars.

You can read TheWrap’s interview with Oscars stage manger Gary Natoli about how the incident unfolded here.