For evidence, head on out to Laemmle’s Town Center 5 theaters in Encino this weekend, where a couple of screens are devoted to what appear to be Oscar-qualifying runs by small films hoping to slip into the awards picture.

The highest-profile among them is “London River” (below), a film from “Days of Glory” director Rachid Bouchareb with a lead performance by Brenda Blethyn that is reportedly sensational. (Sotigui Kouyate won the best actor award at the Berlin Film Festival, but the stateside awards push is focused on Blethyn.) Without a U.S. distributor, the filmmakers booked the qualifying run on their own. Blethyn plays a woman whose daughter goes missing in the aftermath of a bus bombing in London. 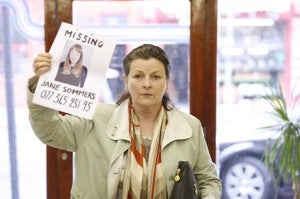 “Punctured Hope: a Story About Trokosi and the Young Girls’ Slavery in Today’s West Africa.” From Italian director Bruno Pischiutta, the Ghana-set film deals with the practice of atoning for crimes by sending a young girl from the criminal’s family to a local shrine, where sexual abuse and genital mutilation can result. The film had its premiere in Hollywood on Wednesday.

“Easier with Practice.” Movieline recently wondered if this was “the year’s best phone-sex-identity-crisis drama.”Brian Geraghty (“The Hurt Locker”) stars as an author lured into a relationship with a mysterious late-night caller; the film is based on a true story originally published in GQ by Davy Rothbart. The film screened at the AFI Fest and won prizes at festivals at CineVegas and the Edinburgh Film Festival.

“Genius Within: the Inner Life of Glenn Gould” A documentary about the Canadian pianist, Michele Hozer’s and Peter Raymont’s film apparently takes a straightforward approach, mixing archival footage with interviews. (This film is screening twice a day, where the others are all on the Oscar minimum one-a-day schedule.)

“Coco Before Chanel” is also screening once a day at the Town Center, although that film is in other theaters as well and has already satisfied its qualifying requirements.

For all these films – and at this point we don’t know if most of them have been officially submitted to the Academy – a one-week run in Encino will not be enough to attract the attention of Oscar voters (even if it’s followed by screener DVDs). The tactic can work in the feature-documentary and documentary-short categories, where committees take over and view all eligible entries; for categories like best actress, though, you’ll need a significantly higher profile.