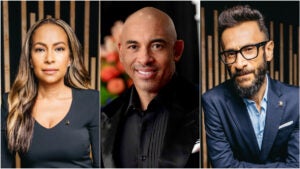 The video giant says its recent growth is thanks to more online learning, TV viewership and livestreams during the global pandemic

YouTube is officially dominating the social media scene in 2021 — now eclipsing Facebook and its counterparts on the leaderboard.

A whopping eight in 10, or 81%, of Americans say they use YouTube, according to data from Washington, D.C.-based think tank Pew Research Center. That’s up by 8% since 2019, while usage of Facebook remained the same at 69%.

A spokesperson for YouTube attributed the growth to its investment in short videos, livestreaming and an emerging commerce strategy during the homebound era of the COVID-19 pandemic. Watching YouTube on a television set is the fastest-growing viewing channel.

“YouTube is deeply integrated into people’s social media experiences,” said Lee Rainie, director of internet and technology research at the nonprofit Pew Research Center. “It’s clear people use YouTube in a whole host of ways. That’s clearly reflected in the growth we’ve charted since 2019 … It turned the media environment into a participatory one.”

The San Bruno-based company credits its rising popularity to the variety in content for many ages and groups, noting that trends during the pandemic — from people learning to cook to watching concerts together — are a driving force. Combined with children being home from school, content for younger audiences also got popular. In 2018, 81% of parents with children age 11 or younger said they let them watch videos on YouTube. 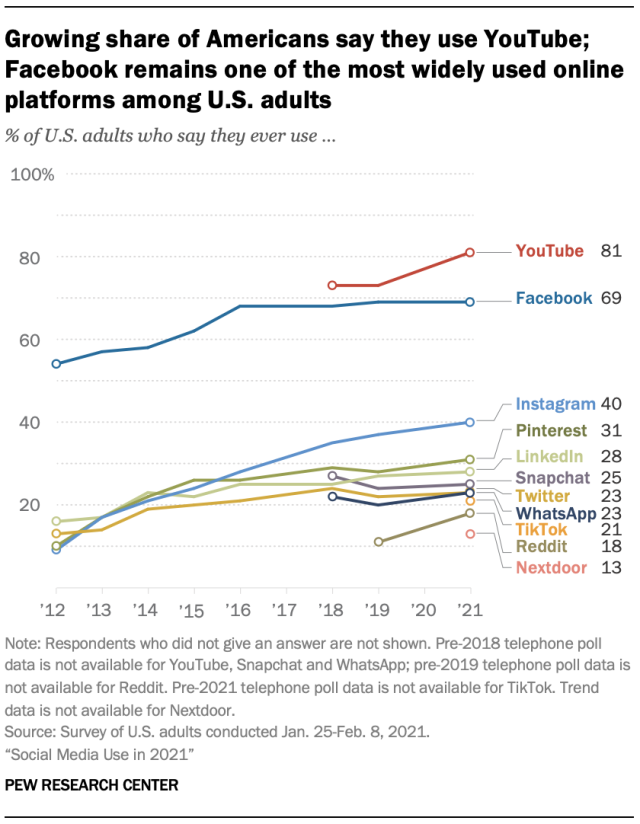 The company said this increase may be thanks to certain pandemic behaviors that drove people to the platform. Although mobile still leads as the primary way people access YouTube, watching on the big screen took off as people became homebound.

In December 2020, more than 120 million Americans watched YouTube from their TVs, up from 100 million in March. Last year, YouTube also tracked a 25% increase in watch time globally. 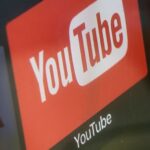 That rise seems to track with what tech research firm Omdia reported this April. Based on its consumer survey results this year across eight countries, YouTube was the top video service in the US, more watched than Netflix and Amazon Prime.

People find YouTube very consumer-friendly, she continued. The cord-cutting trend of people abandoning cable has also accelerated during the pandemic, which leaves more opportunity for companies like YouTube. “YouTube is becoming that gap to fill for people, especially for the younger demographic,” Henschel added. 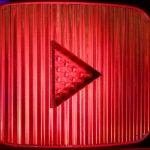 By comparison, WhatsApp and LinkedIn saw slight increases by a few percentage points since 2019. And while Snapchat and TikTok maintain a strong following among those under 30, those apps do not yet rival Facebook or YouTube in reach. Reddit was the only other platform in Pew’s research that also experienced significant increase, from 11% to 18%.

Although Pew has been measuring social media use for about a decade, data for YouTube does not exist prior to 2018. In fact, there was debate whether their survey on social media should even include YouTube, Rainie said. (They decided to start including it.)

YouTube is currently the world’s second-most visited website, right behind its parent Google, according to social media management company Hootsuite. It boasts more than 2 billion logged-in monthly users, an important distinction since users can surf YouTube without creating an account (unlike on some social platforms). That translates to more than a billion hours of videos consumed on YouTube every day globally, according to YouTube.

“There was already some learning online, but now people have really seen how this can work at scale,” De Felice said. “And we expect we’ll see a lot of evolution of education as a result. People came to YouTube to watch everything from academic subjects to how to make sourdough.”

There’s also been a turn toward livestreaming sporting and music events since the pandemic. Livestreaming launched back in 2011, but it really gained traction recently with many artists and businesses pivoting to livestreams in place of in-person, large-scale gatherings. More than half a million channels did a livestream for the first time in 2020, and total livestreams surged by 45% in just this first half, according to YouTube. These trends “came to life” and accelerated what they were seeing on the platform, De Felice said.

On Friday, the annual Pride celebration for the LGBTQ+ community will go live on YouTube for five hours of performances featuring Demi Lovato, Elton John and Trixie Mattel.

Also worth mentioning in YouTube’s arsenal of new products is YouTube Shorts. Shorts — the video giant’s answer to TikTok — is gaining steam at some 6.5 billion views globally. The beta released in India last year and has been gradually expanding to the US audience this year.

In terms of what’s next, like Facebook and Instagram, the video company is starting to monetize beyond traditional advertising. In March, YouTube’s Chief Product Officer Neal Mohan highlighted commerce as a major focus for them in 2021. The company has been beta testing its shopping experience, which will eventually allow YouTubers to watch and shop under one roof — perhaps a welcome feature especially for YouTube’s numerous brands and influencers.

By one agency’s estimate, it’s several million. A study by YouTube and market research agency Talk Shoppe last year found some 70% of people bought something from a brand after seeing it on YouTube.

In addition to being a home for life hacks, music and home workouts, YouTube is quickly emerging as a significant way that people find information and stay connected socially. And it’s become a bigger provider of news, with about one in four Americans saying last year that they get their news from YouTube. There, news organizations and independent producers are equally popular among news consumers.

“People are hunting around for news developments,” Rainie said. “In some cases they want to get the news unfiltered and don’t necessarily want a journalist to package it up.”

To date, two of the most-subscribed YouTube channels are T-Series (185M subscribers), India’s largest music label and studio, and Ryan’s World (29.9M), a toy review for kids that has since spun out its own entertainment company.

How much of the change was a byproduct of the pandemic remains to be seen, but YouTube has certainly evolved beyond its early iterations as a video sharing platform. It’s a place for entertainment and education, for social interaction — and it’s also a place to work out or attend a parade together, separately. 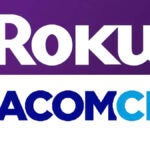