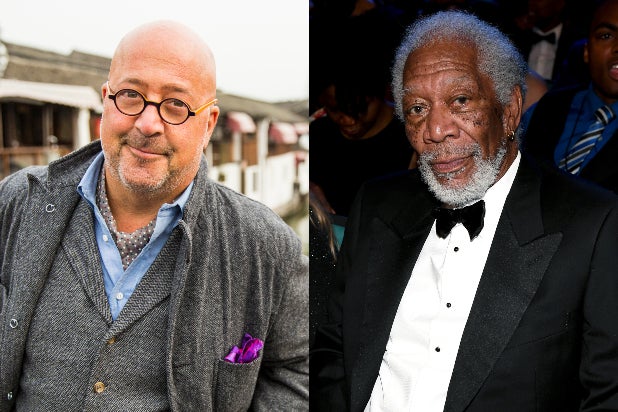 Chef Andrew Zimmern wants Congress to save the food service industry and pass the Restaurants Act, and he enlisted none other than Morgan Freeman to help him get it done.

Zimmern’s Intuitive Content and IRC (Independent Restaurant Coalition) partnered on an ad that features a Freeman voiceover in a last-minute blitz to call attention to the act, which could save a majority of restaurants amid the coronavirus crisis.

The Restaurants Act offers direct relief specifically to the country’s 500,000 independent restaurants and bars. It currently has bipartisan support from over 160 Senators and representatives.

Also Read: If Andrew Zimmern's 'What's Eating America' Had One More Episode, It Would Be on Coronavirus

Zimmern added, “I was thrilled that Intuitive Content could help by creating this ad and social campaign, and we were so grateful and honored to be able to work with Morgan Freeman.”

In the ad, which runs in 30- and 60-second slots, Freeman says, “One in four people who lost their jobs during the pandemic were restaurant workers. They are our friends, our neighbors, our family. Without your help, our favorite places to eat will be gone forever.”

He plugs the IRC’s saverestaurants.com at the end.

While Republicans and Democrats in Congress have hit a stalemate in negotiations over the HEALS Act, a proposed stimulus package, the situation for restaurants is growing critical: A new report from restaurant consultants Aaron Allen & Associates, out Friday, said up to one in three eateries face permanent closure by the end of 2020.

Zimmern has been working to raise awareness of the restaurant crisis amid the pandemic while Freeman has lent his voice to New York governor Andrew Cuomo’s “Mask Up America” ad campaign aimed at slowing the spread of the virus.

It’s time Congress steps up to #SaveRestaurants by passing the RESTAURANTS Act. Share our new ad that is airing on cable news networks in DC and in select markets across the country and take action now at https://t.co/EI2cGelrpl.pic.twitter.com/bOjG9mpvVM