Country artist Morgan Wallen’s fallout with the music industry continues as the singer has been banned from attending the 2021 American Music Awards, despite receiving two nominations.

The fan-voted awards show, which will be held at the Microsoft Theater in Los Angeles, announced the decision on Thursday.

“Morgan Wallen is a nominee this year based on charting. As his conduct does not align with our core values, we will not be including him on the show in any capacity (performing, presenting, accepting),” a statement from MRC Live & Alternative read. 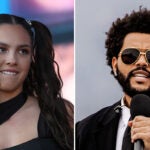 “We plan to evaluate his progress in doing meaningful work as an ally to the Black community and will consider his participation in future shows,” the statement concluded.

Wallen was nominated this year for male country artist and country album, as determined by “key fan interactions with music (including streaming, album sales, song sales, radio airplay, social engagement), tracked by Billboard and its data partner MRC Data,” per a release.

In February, a video of Wallen using the N-word surfaced, prompting swift backlash from listeners and the recording industry. 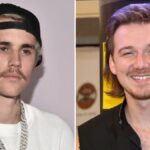 The AMAs is not the first awards show this year to take action against the “Whiskey Glasses” singer. In April, he was not invited to the Billboard Music Awards despite landing six nominations (three of which he won). He is also prohibited from attending the Country Music Association Awards this coming November.

Wallen has spoken about the February incident multiple times. He told TMZ that he was “embarrassed and sorry” in a statement issued shortly afterwards. 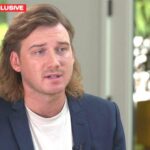 “I used an unacceptable and inappropriate racial slur that I wish I could take back. There are no excuses to use this type of language, ever,” his statement read. “I want to sincerely apologize for using the word. I promise to do better.”

In April, he posted a follow-up apology announcing the cancellation of his summer 2021 tour dates.

Olivia Rodrigo and The Weeknd lead this year’s AMA nominations, which were announced on Thursday. The ceremony will air Nov. 21 on ABC at 8 p.m. ET.