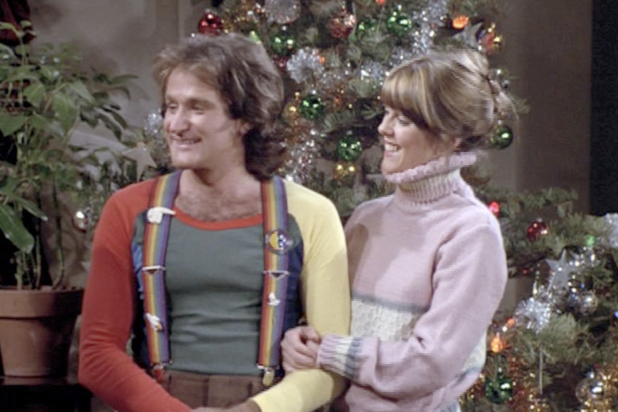 Robin Williams’ “Mork & Mindy” co-star Pam Dawber said the late actor would behave inappropriately toward her on the set of the 1970s sitcom, but she was never offended.

“I had the grossest things done to me by him,” Dawber has written in a soon-to-be-published biography of Williams, quotes from which were published by the Daily Mail. “I never took offense. I mean I was flashed, humped, bumped, grabbed. I think he probably did it to a lot of people … but it was so much fun.”

The biography, authored by New York Times journalist Dave Itzkoff, also features interviews with director Howard Storm and producer Garry Marshall, both of whom described sexually inappropriate behavior from Williams toward Dawber and other women on set.

“He’d be doing a paragraph and in the middle of it he would just turn and grab her ass,” Storm said. “Or grab a breast. And we’d start again. I’d say, ‘Robin, there’s nothing in the script that says you grab Pam’s ass.’ And he’d say: ‘Oh, OK.”’

“He would take all his clothes off, he would be standing there totally naked and she was trying to act. His aim in life was to make Pam Dawber blush,” added Marshall.

Dawber, who starred as Williams’ wife on the sitcom for four seasons, said she was unfazed by his actions, describing them as “playful.”

“If you put it on paper you would be appalled,” she said. “But somehow he had this guileless little thing that he would do — those sparkly eyes. He’d look at you, really playful, like a puppy, all of a sudden. And then he’d grab your tits and then run away. And somehow he could get away with it. It was the ’70s, after all.”

Williams took his own life in 2014, and the subsequent autopsy revealed that he struggled with a neurological condition called Lewy body disease (LBD) that fundamentally altered his personality and behavior — a condition his widow Susan Schneider Williams described as “chemical warfare in his brain.”