“I’m just adding this to the list of Republicans who are – they think it’s cool to be cruel, and nasty, and to lie, and to mock people for serious things,” Brzezinski said after introducing the subject. “I mean, they literally, you could get T-shirt: ‘Cool to be cruel. Join the Republican Party.'” 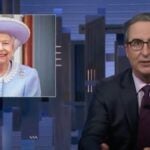 Also Read:
‘Last Week Tonight': John Oliver Jokes Queen Elizabeth II Is ‘Looking Up at Diana’ From Beyond the Grave

“It does seem that the governing ethos of the GOP right now is simply to ‘own the libs,’ and this isn’t even a good own. This is just disturbing, cruel rhetoric,” responded co-host Jonathan Lemire. “There was a kidnapping plot against Gov. Whitmer. Arrests were made. The FBI was involed. Her life was in danger, per authorities. That is not a laughing matter, that is not something to be joking about. And it just continues, to your point, this growing trend [of] not so much Republicans being cruel, but injecting the threat of political violence into our rhetoric.”

At two campaign rallies Friday, Dixon invoked mockery and humor while nodding to the highly publicized kidnapping plot against her Democratic opponent, Whitmer. The 2020 event led to criminal charges against six individuals and convictions against two.

“The sad thing is that Gretchen will tie your hands, put a gun to your hand and ask if you’re ready to talk,” Dixon was shown saying in one clip. “For someone so worried about being kidnapped, Gretchen Whitmer sure is good at taking business hostage and holding it for ransom.”

Whitmer’s team released a statement response over the weekend, saying: “Threats of violence are no laughing matter, and the fact that Tudor Dixon thinks it’s a joke shows that she’s absolutely unfit to lead Michigan.” 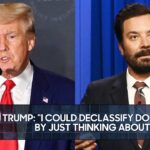