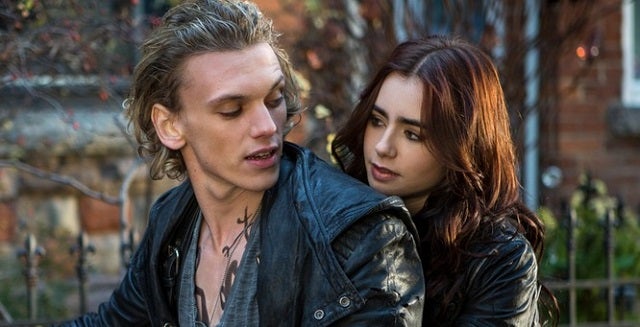 So far this year, that bottle is light on lightning — and it's not looking like that'll change soon.

The PG-13 rated, $60 million-budget "Mortal Instruments," which Sony is distributing after acquiring U.S. rights from Constantin Films in Cannes last year, is expected to land in the mid-teen millions for the five-day frame — better than "Beautiful Creatures" and "The Host," but nowhere near the "Twilight" films that inspired them all.

The huge success of the five-film "Twilight” series, which took in $3.3 billion globally for Summit — and the nearly $700 million haul of last year's "The Hunger Games” — has fueled the drive to find next the Bella or Katniss and launch a franchise. But as many parents know, capturing the attention of teenage girls is no easy feat.

Two films targeting that same crowd with a mix of the supernatural and young love, "Beautiful Creatures” and "The Host” – the latter based on a novel by "Twilight” author Stephanie Meyer – misfired badly at the box office: Warner Bros.' "Beautiful Creatures" debuted to $7.5 milion in February and hasn't cracked $20 million domestically. "The Host" opened to $10.6 million in March and has brought in $26 million for Open Road. "I think that they were hurt because there wasn't enough down time between them and the ‘Twilight' series,” said BoxOffice.com editor-in-chief Phil Contrino.

"I don't think you can underestimate the devotion that a lot of these ‘Twi-hards' had.”

Of course, that sort of loyalty harnessed is the stuff from which franchises are launched. But in marketing a film as "Twilight"-like, it's easy for studios to go too far and make their films appear derivative.

"Mortal Instruments” is based on a series of six young adult fantasy novels written by Cassandra Clare.

Directed by Harold Zwart, it stars Lily Collins as Clary Fray, who learns that she descends from a line of warriors who protect our world from demons. She joins forces with others like her and heads into a dangerous alternate New York called Downworld. Jamie Campbell Bower and Jemima West co-star.

Two days ahead of its opening, "The Mortal Instruments" was running ahead 'Beautiful Creatures" on Facebook, but behind it on Twitter at a similar point, accordng to BoxOffice.com.

Also read: How 'Safe Haven' Made Things Ugly for 'Beautiful Creatures' at the Box Office

Despite the recent misfires, Hollywood is still chasing he Holy Grail of teen-powered franchises. Constantin had said it will begin shooting a "Mortal Instruments" sequel this fall, several movies based on young adult novels are in development and more are coming out in the next few months.

Summit will debut "Ender's Game” in November, and Fox has set "The Maze Runner” for January 2014. The Weinstein Company is rolling out its teen-angled "Vampire Academy" in February, as well.

One studio not sweating the popularity of its YA franchise is Lionsgate, which is back with "The Hunger Games: Catching Fire” later that month — and is taking another swing at the genre with "Divergent” in March of 2014.