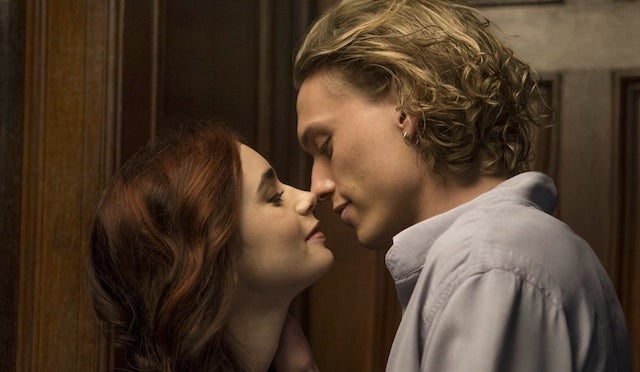 "Mortal Instruments: City of Bones," Hollywood's latest attempt to tap into the spending power of the young adult set, arrived in theaters on Wednesday, weighed down by a knapsack bursting with bad grades.

Though earning a respectable $3 million at the box office on its debut day, the adaptation of the first in a series of six young-adult fantasy novels by Cassandra Clare earned a deplorable 18 percent "rotten" rating on the critics aggregator Rotten Tomatoes.

Many reviewers slammed the film for being overly derivative of "Twilight" and the Harry Potter films. "Mortal Instruments" centers on a young woman who discovers she is descended from a long line of superhumans and is tasked with battling various demons, witches and other mythological malcontents.

"Take a big scoop of 'Harry Potter' legacy-of-magic, add a dollop of 'Twilight' chaste romance and then sprinkle in a little 'Star Wars' who's-your-daddy-drama for good measure, and the unpalatable result is 'The Mortal Instruments: City of Bones,' a thoroughly dreary and occasionally baffling YA-by-the-numbers saga," Duralde wrote.

Jeannette Catsoulis of the New York Times acknowledged that "Mortal Instruments" owes many debts to films that came before it but was more put off by the amount of exposition that came from trying to cram in all of the novel's backstory and subplots.

"Too much of the film feels like shorthand, a trail of teasing crumbs to lead us to the inevitable sequels," Catsoulis wrote.

For the Los Angeles Times' Mark Olsen, any talk of more "Mortal Instruments" films should be treated as a threat. Olsen griped that the film is all foreplay and no follow-through and faulted star Lily Collins for lacking the charisma to make audiences care about her character.

"Collins has none of the gritty fortitude and self-possession of Kristen Stewart in the 'Twilight' films or Jennifer Lawrence in 'The Hunger Games,' leaving her as little more than a young woman with extraordinarily luxuriant hair and her rather formidable brow line," Olsen wrote.

Stephanie Merry promised that audiences will laugh, but the funny parts of the schlocky film aren't intentional, she wrote in the Washington Post.

"The action flick is overly long, complicated and, even by teen romance standards, cringe-worthy in its cheesiness," Merry wrote.

For the Associated Press' Jake Coyle, "Mortal Instruments" plays like a lackluster episode of "Buffy the Vampire Slayer," even though he said the youthful cast tries its best to make the whole thing work.

"Like an 80-car pile-up, all of the current tropes of teenage fantasy here careen into one another: the young heroine with previously unknown powers; the gothic mix of heavenly and hellish supernatural creatures; the breathless romance with a young Brit of angelic cheekbones. And, oh, the tattoos," Coyle wrote of the narrative collisions taking place on screen.

Not that there weren't a few (mind you, a very few) voices of support. Entertainment Weekly's Chris Nashawaty admitted the film has its flaws but seemed to enjoy Collins' performance and the direction.

"Director Harald Zwart (2010's 'The Karate Kid') mostly keeps the derivative, CGI-packed City of Bones fizzy and fast on its feet — at least until the final act, which seems to go on forever in its attempt to set up the sequel," Nashawaty wrote.