Moses Moseley, who played one of Michonne’s (Danai Gurira) pet zombies on AMC’s “The Walking Dead” from 2012 to 2015, was found dead last week in Stockbridge, Georgia, his agent confirmed to TheWrap on Monday.

According to TMZ, who first reported the story, the actor’s body was found in the Hudson Bridge area of Stockbridge on Wednesday after his family filed a missing person’s report and OnStar tracked his car.

His representative, Tabatha Minchew, confirmed that there is a police investigation into Moseley’s death, but could not confirm details given by family members to TMZ that the actor had been missing since Jan. 23. Stockbridge police did not immediately respond to requests for comment on the status of the investigation.

“He wasn’t just a client for me. We have been best friends for 10 years,” Minchew told TheWrap. “He was at my wedding. Everyone who ever met him loved him, no one has ever had anything negative to say about him. When he was around everyone was so happy. He made everyone so happy. We’re all trying to wrap our heads around it as well.” 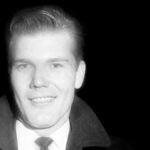 Also Read:
Donald May, ‘Falcon Crest’ and ‘The Edge of Night’ Actor, Dies at 94

Moseley, who was born in Aiken, South Carolina, had roles in the 2012 film “Joyful Noise” and 2013’s “The Internship” before landing the six-episode role of Mike on “The Walking Dead.”

He followed that up with a featured role in the 2017 horror-comedy “Attack of the Southern Fried Zombies.”

“With a heavy heart, we at Premier Talent and Avery Sisters Entertainment offer our sincerest and deepest condolences to the family and friends of our actor, Moses J. Moseley. We are truly saddened,” his Florida-based booking agent, Cheryl Kaleda, told TheWrap. “Moses was a phenomenal actor who has appeared in movies such as ‘The Walking Dead,’ ‘Queen of the South,’ and ‘American Soul,’ but MUCH more than that, he was an AMAZING person! For those who knew him, he was the kindest, sweetest, most generous person you would ever meet. We will miss him dearly! Rest in Heaven!”

AMC issued a statement on Twitter that read, “Our thoughts and prayers are with our #TWDFamily member Moses J. Moseley.”

Fans were quick to remember him online. The Walking Dead World tweeted, “We are sad to mark the passing of a member of our #TWDFamily.”

Actor Jeremy Palko, who played Andy on the series from 2016 to 2017, shared a photo of himself with Moseley to Twitter and wrote, “Heartbroken to hear of the passing of @MosesMoseley Just an absolute kind and wonderful human being  You will be missed my friend. #TWDFamily.”