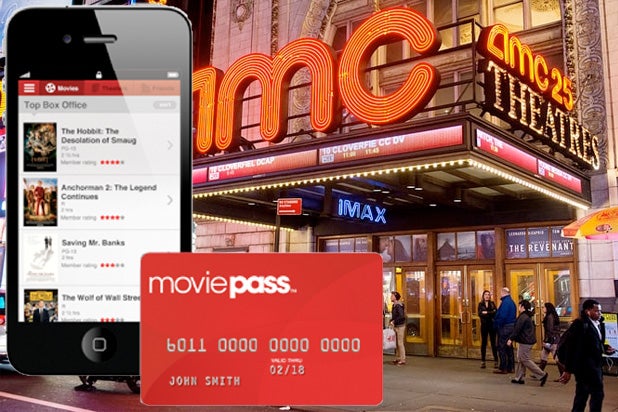 The decline in movie theater attendance continued in 2017, as the National Alliance of Theatre Owners (NATO) announced an estimate of 1.23 billion tickets sold, the lowest since 1993. The drop continues the ongoing industry discussion over how to reverse the trend, as movie theaters enter a year when they could be disrupted by a company that has been been on exhibitors’ minds for the past four months: MoviePass.

Led by CEO Mitch Lowe, MoviePass announced in August a new plan offering unlimited movie tickets nationwide for just $9.95/month through its debit card/mobile app system, where users request a ticket at a nearby theater and MoviePass adds money to the card to pay for that theater’s price.

Then, in November, MoviePass pushed the envelope even further with a one-year, $89.95 package, or $6.95/month. In high-price markets like Los Angeles, which MoviePass says makes up approximately 28 percent of its over 1.5 million subscribers, that price rate would pay off if the user bought tickets for more than six movies in a year.

While this new system has received support from dine-in chains like Studio Movie Grill, which make most of their profits from concessions, larger chains have made their opposition clear. AMC immediately denounced the program the same day MoviePass announced its new plan. And in quarterly earnings calls later that fall, AMC insisted that it would not make any deal to share concession sales with MoviePass.

But MoviePass is kicking off 2018 by ramping up plans to attract subscribers and studio partnerships to create revenue outside of theater chains. At the Sundance Film Festival, MoviePass announced that it would start co-acquiring indie films with established distributors and promote them to their subscribers. Users have already seen what that targeted movie marketing would look like, as the company entered a deal with NEON and 30WEST to promote their awards contender “I, Tonya.”

“We’ve experienced enormous success bringing people back into the theaters since our launch in August and with an influx of business from distributors, have proven the impact of our marketing over and over again, giving them an incremental lift in ticket sales,” Lowe said at MoviePass’ Sundance presentation.

“Given the successes we have demonstrated for our distributor partners in ensuring strong box office in the theatrical window, it’s only natural for us to double down and want to play alongside them — and share in the upside,” he added.

MoviePass also hired a marketing officer last week — Natasha Mulla, former SVP of Marketing at Mashable — as plans for a wider ad campaign to bring the company into the mainstream get underway. MoviePass has told TheWrap that the campaign will be focused on markets with an average ticket price of under ten dollars. That minimizes the cost of subsidizing the tickets for subscribers while building a bigger customer base in areas of the country that don’t always go to the sort of indie films MoviePass will soon promote and co-distribute.

“Up to this point we haven’t really marketed beyond social media, but in 2018 you’ll see a larger campaign and partnerships with more studios that are willing to work with us to promote their films,” Lowe told TheWrap.

But if MoviePass gets bigger, the murmurs of dissent from larger chains might get louder. Jeff Logan, owner of Logan Luxury Theaters and secretary of NATO, told TheWrap that he fears that if MoviePass’ influence grows, it could damage theaters by making customers accustomed to paying so little and decreasing their willingness to go back to theaters if the program falls through.

“If the ticket price gets driven down, the theaters won’t have as much money to cover the high overheads and get the return on investment on these huge new theaters they’ve spent on with new seats and digital projectors, and the studios won’t get as much money to produce the next major blockbuster,” he said.

But Lowe said he believes that AMC may change their tune. He said profits will ultimately go up as moviegoers go to theaters and buy concessions more frequently and that Studio Movie Grill has already pulled away market share from AMC, Cinemark and Regal Cinemas in their markets since MoviePass rolled out.

“Once we get enough partners and we can demonstrate that our customers drove by AMC to go to those partners, they will see that our service can double the frequency of their traffic, and if they share a small part of that, their margin dollars can go up by as much as 70 percent,” he said.

For now, the national chains don’t look like they’re ready to play ball. Last month, Cinemark announced its own monthly membership program, Movie Club, offering one movie ticket each month for $8.99/month, plus 20 percent off concessions and unused tickets rolling over. Cinemark noted that their program has seen traction in higher-priced ticket markets, but when asked for comment on MoviePass, a spokesman simply said, “Cinemark views anything that encourages moviegoing as positive. Cinemark Movie Club is all about encouraging people to enjoy going to the movies more often.”

Though MoviePass is focused on the indie market, exhibitors will likely look at how it and other subscription services affect where people go to the movies this May. That’s when three highly anticipated films, “Avengers: Infinity War,” “Deadpool 2,” and “Solo: A Star Wars Story,” will be released in what is expected to be one of the busiest months on the 2018 calendar. With many comic book and sci-fi fans looking forward to seeing so many blockbusters in just one month, being able to see them all for one low price might be an offer too good to refuse.