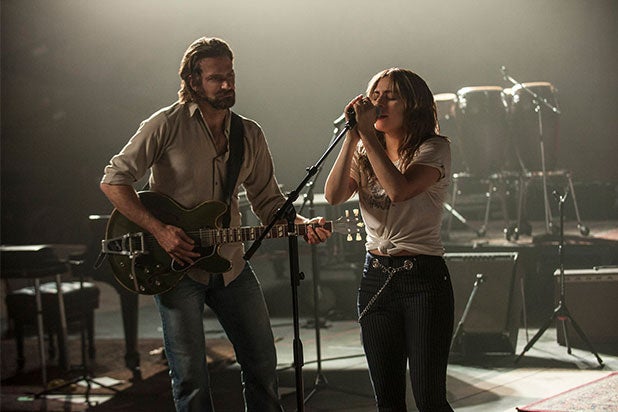 The Venice Film Festival begins August 29 and possibly the most anticipated American entry is the world premiere of “A Star Is Born” starring Lady Gaga and Bradley Cooper, who also directed the film. This is at least the fourth telling of this tale. The stars change, the style of music changes, but the story apparently has something that is evergreen — the title, coincidentally, of Barbra Streisand’s Oscar-winning song in the 1976 version.

The latest big-screen reboot of “Charlie’s Angels” was announced earlier this summer, and as we speak, Steven Spielberg and Tony Kushner are prepping a reimagining of “West Side Story.” It might make sense to attempt a new take on a great idea that didn’t work the first time. (The Rat Pack’s “Oceans 11” became the much better George Clooney version.) But for an iconic musical that won 10 Oscars?

The list of failed remakes is long. (Think “Charade,” “Sabrina, “The Magnificent Seven.”) Another winner of ten-plus Oscars, “Ben Hur,” came back in 2016 and bit the dust. There are those that never get it right. Neither Robert Redford nor Leonardo di Caprio could bring Gatsby to life.

The new version of “Papillon,” starring Charlie Hunnam (“Sons of Anarchy”) and Rami Malek (“Mr. Robot”), opens in theaters August 24. “These remakes are made because a director, star or screenwriter has a modern take on the film for a new generation,” says Michael Puopolo, senior VP of international television research at 20th Century Fox distribution. Early trade reviews of the film, which originally starred Steve McQueen and Dustin Hoffman, do not bode well. But their young fans may ignore the critics.

Which may be why Hollywood keeps trying.

A significant rationale for taking a second (or third) shot on a property is the explosion in all things technical. This explains the “King Kong” and “Godzilla” reboots. But do louder pyrotechnics necessarily make for better viewing, or do they leave nothing to what’s left of our imagination?

One might also point to sexual liberties that can now be taken with stories told in primmer times. But is nudity necessarily sexier than hanging a towel between beds, or teaching a guy how to whistle?

Director Taylor Hackford, who sexed up 1947’s “Out of the Past” under the new title “Against All Odds” in 1984, warns that critics judge new versions particularly harshly. “I didn’t want to duplicate the original,” he says. “My desire was to do a new adaptation of the novel, but to update it to the hazy smog of 1980s Los Angeles. I’ll never do another remake. It’s a thankless task.”

And then there are the PC considerations. For instance, the new Charlie bossing those Angels around will be a woman. Clearly, the thinking behind the Spielberg/Kushner take on “West Side Story” will be to make sure that when you’re a Shark… you’re a Shark all the way. (That is, the director is specifically seeking out Latinx talent to fill the Puerto Rican gang’s principal roles.)

There are also the Americanized remakes, our version of foreign films. This spring’s box office dud “Midnight Sun,” a teen romance starring Bella Thorne and Patrick Schwarzenegger, was based on a 2006 Japanese film, while Sony Classics just released an American version of the Argentinian drama “Puzzle” to mostly middling reviews.

Bottom line: Most revivals do not work. One reason may be that original story ideas aren’t going to film studios. “Television is sucking all the interesting, edgy, creative ideas out of the feature market,” entertainment attorney Alan Wertheimer says.

Lucy Stille, a literary agent at APA, says, “With studio consolidation and the decision to spend on a few movies rather than a varied slate of mid-range films, there is no financial incentive for screenwriters to write on spec.”

There are the rare happy endings when it comes to film remakes. “True Grit” may have won an Oscar for John Wayne in 1970, but the film was much improved upon years later by the Coen Brothers. Wayne, by the way, is one of the few who remade his own movie. Yes, “Rio Bravo” basically became “El Dorado,” with James Caan in the Ricky Nelson role.

Is any movie immune to this treatement? There has even been talk every few years of remaking “Casablanca.” We can only hope we are misinformed. Of all the scripts in all the gin joints…