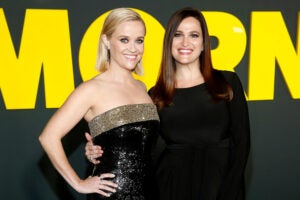 A Summer With No New Movies? How the Studios Are Planning for Post-Coronavirus Era

With theaters closed nationwide and May studio tentpoles like Marvel’s “Black Widow” already postponed because of the coronavirus pandemic, industry insiders told TheWrap that studios have begun discussing multiple contingency plans based on when the crisis subsides and theaters can reopen their doors.

In interviews with multiple studio distribution chiefs, a picture emerged of a best-case scenario for the industry: for theaters to reopen by the middle of the summer, a baseline that is being reflected outside the industry by officials like California Gov. Gavin Newsom, who warned on Tuesday that schools in the state would likely remain closed until the end of the school year.

That likely would force the postponement of early summer releases like Warner Bros.’ “Wonder Woman 1984,” currently slated to open June 4. But given the unknown nature of the virus and warnings from both the White House and medical experts that the outbreak could last into July or beyond if it is not contained quickly, insiders admitted there is a chance the entire summer movie season could be wiped out.

“There’s no telling exactly when this will end, and the exact time that it does will be a big factor in what distributors plan to get the blood flowing again in theaters,” BoxOffice Media analyst Shawn Robbins said.

Studios are preparing multiple options for how they will start distributing films depending on exactly when theaters reopen, several insiders said. The plans will change depending on each studio’s slate, but in general studios will want to make sure they have at least two or three weeks of lead time after theaters reopen before releasing any big-budget tentpoles like “Mulan” or “Wonder Woman.”

Mid-budget or microbudget films that were postponed will likely be the first booked into newly opened theaters, both because of the more modest marketing requirements and the desire to test the waters for Americans’ willingness to go back to the movie theater after a pandemic spread by social contact.

“Like every industry, I don’t think the doors are going to be thrown wide open and the studios and theater owners know that too. There’s going to be a recovery period and it might take two to four weeks,” Robbins said. “But the prime spot to be would be to have the one big blockbuster that brings everyone back. There’s no knowing at this point if that film would be ‘Wonder Woman’ or a rescheduled ‘Mulan’ or even an original film like Christopher Nolan’s ‘Tenet.’ It may just be a film lucky enough to have its original release timed to reopening or a studio being very aggressive in their rescheduling.”

Another effect of the coronavirus pandemic may make studios’ rescheduling decisions more clear-cut: production shutdowns. The longer that pandemic-related production hiatuses drag on, the less likely it will be that films currently scheduled for release in the fourth quarter of 2020 will be ready for those dates. Among the films set for Q4 release are Marvel Studios’ “Eternals,” Universal’s “Halloween Kills,” Sony’s “Venom 2,” Warner Bros. “Dune” and Steven Spielberg’s remake of “West Side Story” for 20th Century Studios.

Also Read: Coronavirus Could Sink 2020 Box Office to Below $8 Billion for First Time in 20 Years

One distribution exec said that studios may simply follow a general strategy of moving all their release dates down for however many months the industry is shut down. Films like “Mulan” and “A Quiet Place Part II” may simply fill in mid- or late-summer slots, while those films move back to the fall to fill the gaps now left by films that were either still filming or in postproduction when the pandemic forced a hiatus.

Should that happen, there could be a box office boom if theaters are back in full swing in time for the holidays, especially if some of the biggest mid-summer tentpoles get moved there. Without that starry firepower, this holiday season was looking to be a little lackluster.

“It was really going to rely on an original film or a lesser-known adaptation like ‘Eternals’ or ‘Dune’ to really break out. There’s nothing on the level of the end-of-year films that have come out the last few years,” he said. “If some of these blockbuster films end up getting holiday slots, they might exceed expectations.”

The National Association of Theatre Owners is expecting such a rebound, releasing a statement on Tuesday expressing confidence that audiences will come back in normal numbers and that studios will continue to commit films to theatrical release as it still provides the strongest chance for a return on investment.

“In the uncertain, difficult economy ahead, movie theaters will fill the role they always have in boom times and in recessions — the most popular, affordable entertainment available outside the home,” he wrote.

But many wonder if there will be as many movie theaters to play these movies when the pandemic passes. Major chains like AMC are struggling with steep debt — even before nationwide theater closures — and independently owned theaters have long battled for survival with increased operating costs and rental fees for the most in-demand titles like the “Avengers” films. The Motion Picture Association’s annual report on the theatrical industry found that there are just over 41,000 screens in movie theaters in the U.S. and Canada, and not all of them may still be there on the other side unless they receive aid from state and federal governments and possibly from landlords.

“The biggest expense for theaters to control is rent expense. Almost all of AMC’s locations are leased,” B.Riley financial analyst Eric Wold said. “With exhibitors so important to landlords, given that landlords have been contributing 25-40% of the recent capital improvement projects, we would be very surprised if landlords were not flexible in terms of reducing or deferring those payments into future periods to keep AMC and other exhibitors afloat.”