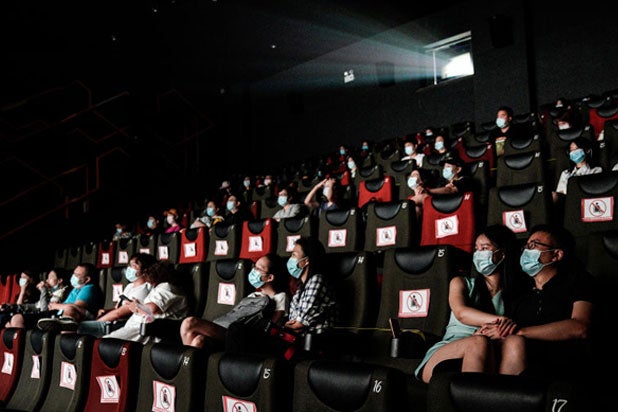 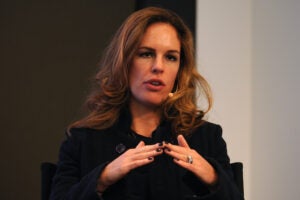 As Regal Cinemas shuts down again, exhibitors are now at the mercy of Congress and vaccine developers

After seven weeks, the campaign by American movie theaters to reopen amid the pandemic has collapsed. With the nation’s second largest chain, Regal Cinemas, closing all its locations this week and studios beginning yet another wave of postponements of big movies, the industry now faces a long winter of uncertainty and possible widespread bankruptcy.

The dominoes started to fall when MGM announced last week that it would move the release of the James Bond film “No Time to Die” from November to April 2021 thanks in part to a second wave of COVID-19 infections in the U.K. that is even larger than the one the country faced last spring. Within days Cineworld announced that it would indefinitely close Regal Cinemas as well as its U.K. and Irish theaters this week — decimating about 45,000 jobs.

It’s unclear if other U.S. exhibitors will follow suit, though a rep for No. 3 chain Cinemark said Monday there are no plans for a total shutdown — though some locations may not operate seven days a week.

However, studios may force theaters’ hands as Warner Bros. has pushed “Dune” — initially set for release next month — to late 2021, and more moves are expected in the coming days. While some studio films like Universal’s animated sequel “The Croods: A New Age” and Warner Bros.’ “Wonder Woman 1984” are still slated for release during the holiday season, analysts say they expect those films will move too.

“Maybe some popcorn films with smaller budgets might stay in December if containment efforts allow for it, but everything else will probably be moved,” Exhibitor Relations analyst Jeff Bock said. “Adult dramas just have no place in this market because older demographics are staying home to protect themselves, and a tentpole like ‘Wonder Woman’ needs to hit the jackpot and that’s just not possible with the way things are right now.”

That leaves movie theaters in the same spot they were in at the start of the pandemic: hoping for the federal government to provide financial aid for the industry until a vaccine can be widely disseminated and customer confidence can be restored. But this time, the need for a bailout is even more urgent as theaters continue to edge closer to bankruptcy with just seven weeks of extremely limited revenue coming in as the pandemic hits the six-month mark.

In a letter to Congress last week, the National Association of Theater Owners warned that two-thirds of small and mid-sized theaters could go out of business by the end of the year unless Congress passes a new federal stimulus bill.

“Movie theaters are at a crisis point. They have acted responsibly by closing down even before ordered to by states, and reopening with industry-wide safety protocols in place,” NATO said in a statement on Monday. “Now they need the last few major markets — like New York — to open. They need major movies; and they need the Federal government to live up to its responsibilities and provide aid to theaters and similar industries that cannot fully operate during a pandemic.”

WedBush financial analyst Michael Pachter rejected NATO’s dire forecast, calling the situation “bad, but not that bad,” and will largely depend on how many smaller theaters have been able to reach long-term deals with landlords. “If theaters own their premises, they can tough it out. If they rent, their landlords have few other options, so they might be able to tough it out,” he explained. “Rent is the biggest single expense if they are closed, so it really depends on their landlords. To be honest, most theaters are anchor tenants in strip malls and provide a reason for people to go to the mall, so the malls want them there.”

The situation is less optimistic for some of the major chains, however. On Friday, S&P Global downgraded the credit rating for the largest U.S. cinema chain, AMC Theatres, which has been mired in debt for several years. “We believe a liquidity crisis is all but inevitable even if the company were to fully re-open all of its theaters,” S&P analysts wrote. (The company has $2.6 billion in corporate debt even after a restructuring this summer.)

Hopes for a fed bailout are pinned on ongoing talks between House Speaker Nancy Pelosi and Treasury Secretary Steven Mnuchin. The two spoke for an hour on Monday and plan to continue negotiations this week, though several major points of contention remain. Among them is a legal shield in the Republican stimulus plan protecting businesses from liability should employees get infected with the virus, which Democrats strongly oppose.

But theater industry insiders told TheWrap that they are more optimistic than they were a month ago that a deal could be reached before year’s end. President Trump, perhaps to boost his struggling reelection campaign, has urged for a deal to be made, and Senate Republicans have shown a willingness to take Mnuchin’s lead on a stimulus plan.

But even federal aid will be a stop-gap measure for an industry that faced economic challenges even before the pandemic. And few see any prospect of a full return to moviegoing behavior until a majority of consumers feel comfortable gathering in public spaces again — and studios feel confident releasing pricey tentpoles to those audiences.

“Everyone agrees that this is temporary, although it could last till late spring or early summer, but there is an end in sight when a vaccine is made widely available,” Pachter said. “It really doesn’t make sense to force theater owners into bankruptcy unless the premises are heavily mortgaged and the bank calls its loan.”