Well, this one’s a no-brainer. Even though I haven’t seen the movie yet.

“Avatar” started screening in earnest on Thursday, with a London debut and Los Angeles and New York showings for press and exhibitors. The embargo on reviews, which was supposed to hold until opening day, crumbled almost immediately when the Sun and the Guardian in London ran semi-reviews, and then the Hollywood Reporter kicked off its full review with this blurbalicious gush:

“A titanic entertainment — movie magic is back!”

Whereupon everybody started reviewing, and tweeting, and status-updating … And the upshot was clear, as one exhibitor told me a few minutes after seeing the film on Thursday morning: 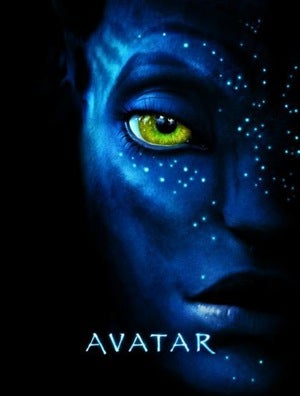 Now, I can’t personally vouch for this. I moderated a Q&A with director Kathryn Bigelow and screenwriter Mark Boal after theWrap’s Screening Series presentation of “The Hurt Locker” on Thursday night, so I couldn’t attend the first “Avatar” screening. I’ll be seeing the film on Monday night, in Imax 3D, trying not to burden it with the enormous expectations raised by these early reactions.

But sight unseen, it’s clear that no film this year has entered the Oscar race with such a huge, resounding splash.

And while a few people grumbled about occasional clunky lines of dialogue, or the two-and-a-half-hour length, the plaudits came from across the board, ranging from what Film Junk dubbed “fanboy pandemonium” to the more measured enthusiasm of reviewers like Variety’s Todd McCarthy: “Cameron delivers again with a film of universal appeal that just about everyone who ever goes to the movies will need to see.”

The blogosphere, meanwhile, was rife with superlatives from the likes of David Poland (“it is an overwhelming feast of visual artistry unlike anything you have ever seen before”), Anne Thompson (“a joyous celebration of story craft and the visual possibilities of cinema”), Kris Tapley (“the most amazing cinematic experience I’ve ever had”) and Jeff Wells (“probably the goofiest, craziest, super-budgeted CG romper-stomper I’ve ever seen”).

James Cameron, by the way, talked to USA Today and said, “It’s not really a review movie…. It’s a populist piece of science-fiction fantasy — not typically the kind of film the reviewers would embrace." Apparently he’s wrong about that, at least.

Plus, the film just announced a promotional partnership with McDonalds that includes an interactive website.

A certain best-picture nominee? It sure sounds like it. A possible winner? Older voters could resist, so that’s a question mark.

But “Avatar” has arrived, and the Oscar landscape has changed.  It’s the Odds’ movie of the week, in a cakewalk.