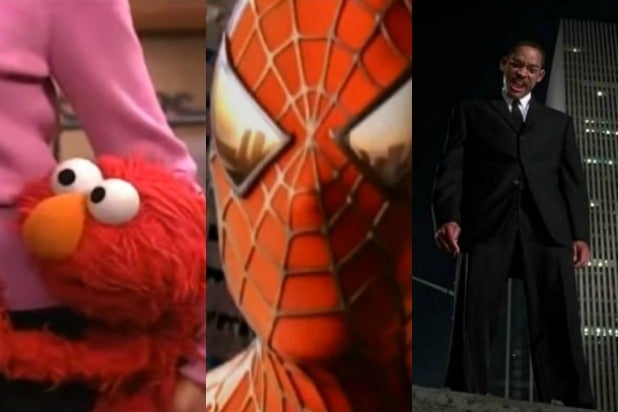 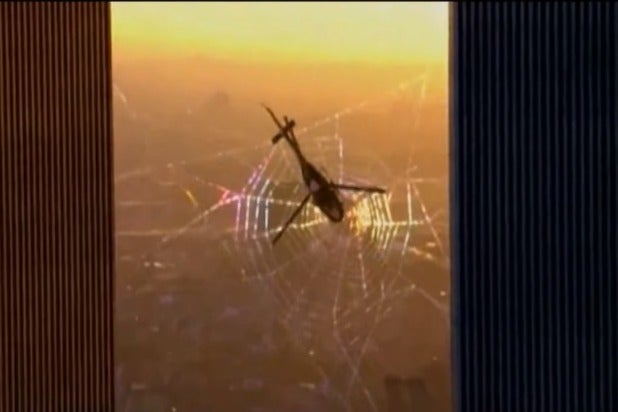 Sony
"Spider-Man"  An early trailer for the first big-screen version of the webslinger saw him snare a helicopter between the two towers of the World Trade Center. That trailer was pulled. The WTC was scrubbed from the finished film, and a lingering shot of Spidey hanging off a flagpole next to a waving American flag was added.

HBO
"Sex and the City"  The fourth season, set to air beginning January 2002, contained numerous shots of the World Trade Center, all of which were removed. The shot of the towers in the show's opening credits was also swapped for a shot of the Empire State Building. A snow globe containing the towers was left in, however. 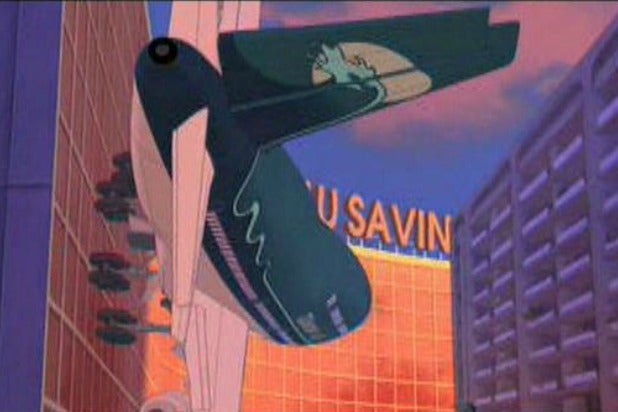 Disney
"Lilo & Stitch"  The Disney animated film originally saw Stitch flying a 747 airliner, weaving in and out of a cityscape haphazardly. This sequence was changed so that Stitch flew a spaceship, with the buildings turned into mountains. 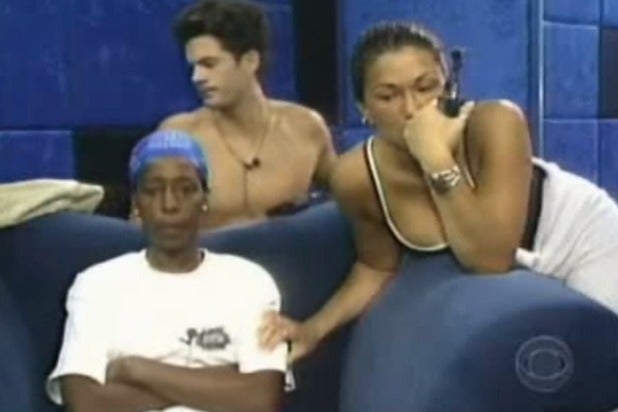 CBS
"Big Brother"  Normally, Big Brother contestants are kept in isolation and not told what's going on in the outside world. But an exception was made after 9/11 because one of the contestants that year, Monica Bailey, had a cousin who died in the World Trade Center. 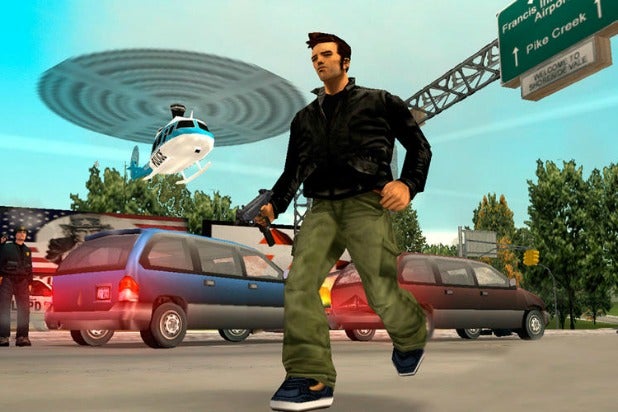 Rockstar Games
"Grand Theft Auto III"  This game was delayed several weeks because Rockstar Games' office was near Ground Zero, which made wrapping production very difficult. Several small changes were made to the game after 9/11 as well, including the removal of one terrorism-related mission. 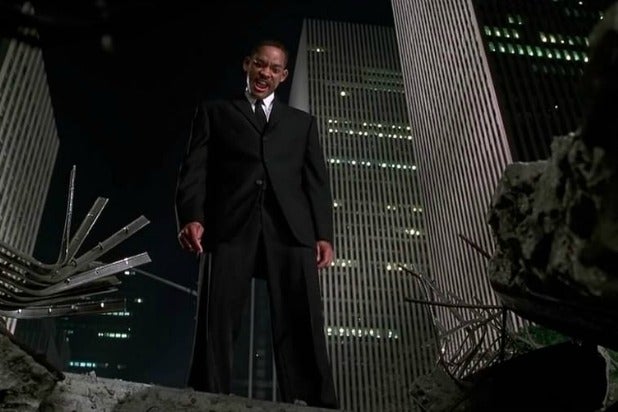 Sony Pictures
"Men in Black II"  The climax of the film originally featured the World Trade Center pretty heavily, but the film swapped in the Statue of Liberty instead. 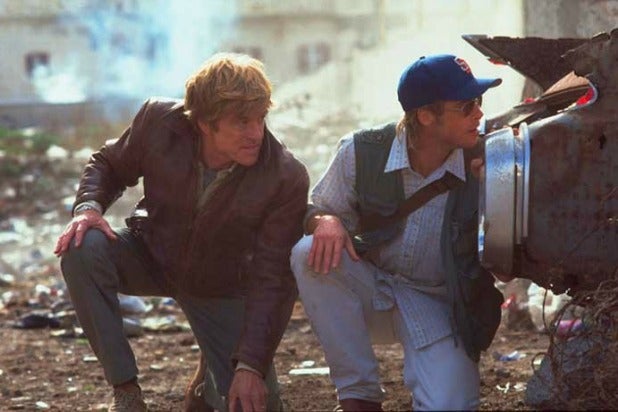 Universal
"Spy Game"  In a sort of sensitivity measure, the filmmakers dialed back plumes of smoke in a scene in which a bombing occurred -- the thought being that the thick pillars of smoke would unintentionally evoke 9/11. 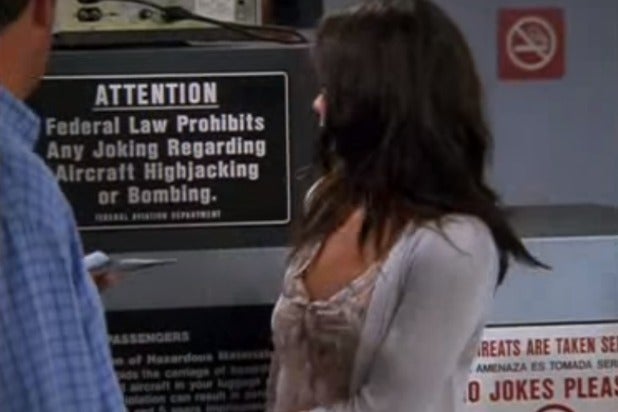 NBC
"Friends"  The third episode of season 8 originally included a subplot (which you can view here) in which Chandler makes a joke about a bombs at the airport, which leads to him and Monica being detained as they try to leave for their honeymoon. It was removed. 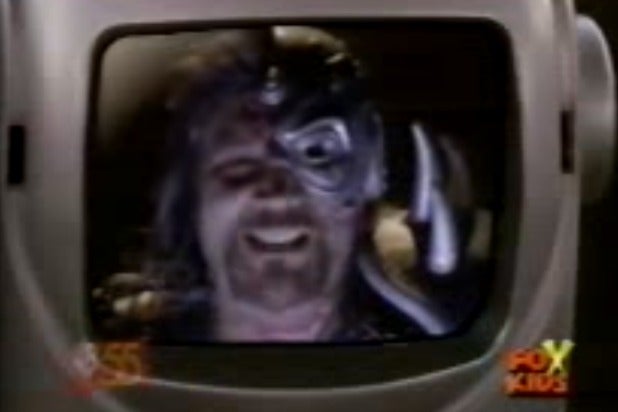 Saban
"Power Rangers Time Force"  Several episodes were changed to remove imagery that might evoke 9/11 or the World Trade Center, including the removal of a speech broadcast by the villain, Ransik, that came off a little like the ones in Osama bin Laden's videos. 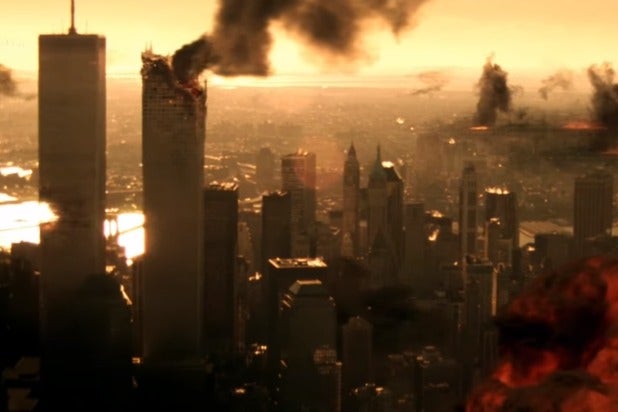 Buena Vista
"Armageddon"  Released in 1998, Michael Bay's disaster opus shows New York being wrecked by meteors, with iconic landmarks like Grand Central Station and the Chrysler Building bearing the brunt of it. A helicopter shot of the aftermath featured the two towers of the World Trade Center smoldering, and it was removed in the broadcast TV version of the movie. 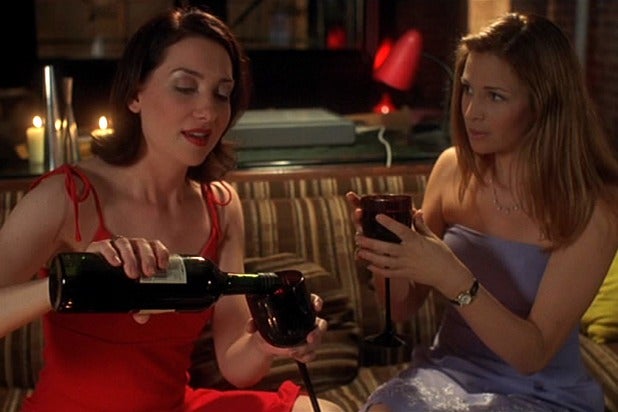 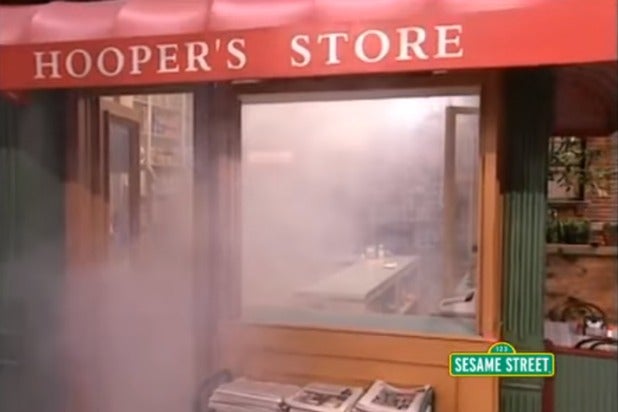 "Sesame Street"  The children's series added some thematically related storylines to the first episode to air after 9/11 -- namely, a grease fire at Mr. Hooper's that Elmo finds traumatizing, and Big Bird having to deal with his xenophobic pen pal. 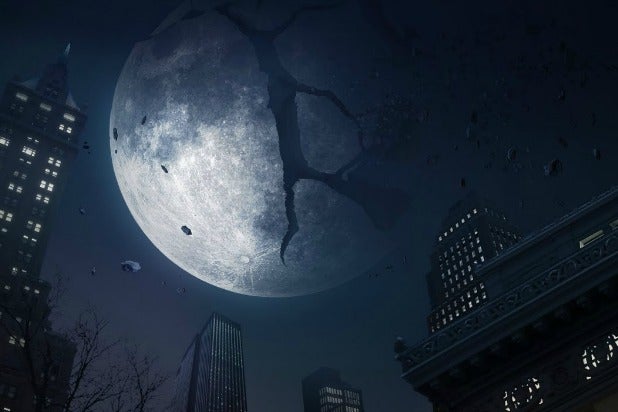 DreamWorks
"The Time Machine"  The scene in which large chunks of the moon fell from the sky previously included shots of New York being devastated. 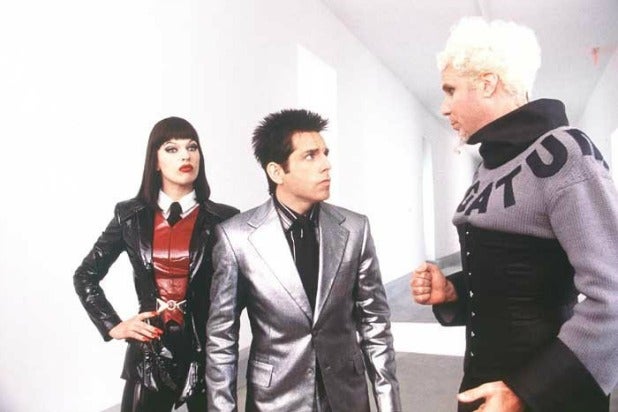 Paramount
"Zoolander"  Shots that had contained the World Trade Center were not cut, but instead the towers themselves were digitally scrubbed from the shots. 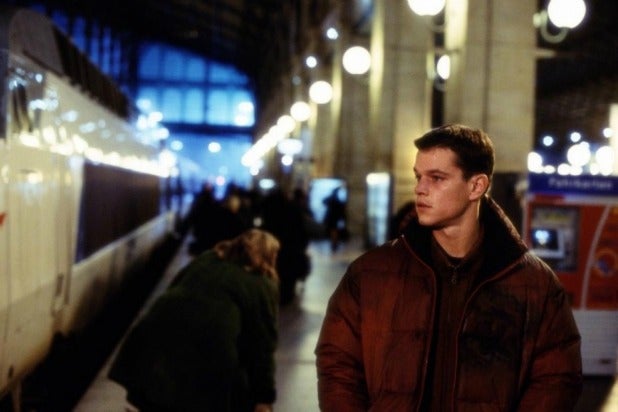 Universal
"The Bourne Identity"  After 9/11, producers had director Doug Liman do reshoots (one of many rounds the film underwent in its troubled production) that would serve to paint the CIA in a less villainous light, though these scenes were not used. 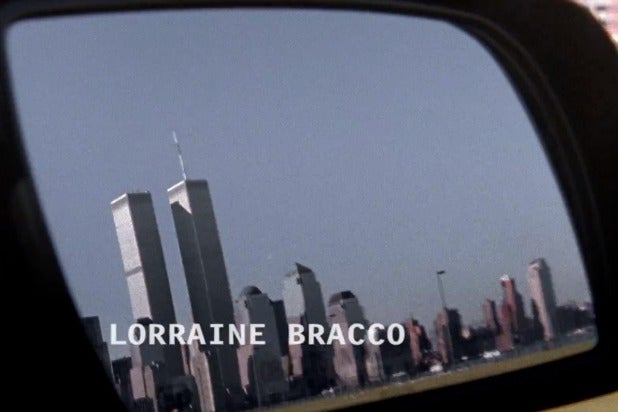 HBO
"The Sopranos"  In the opening credits prior to 9/11, the World Trade Center could be seen in Tony's rearview mirror, and after 9/11 that shot was altered to remove the towers. 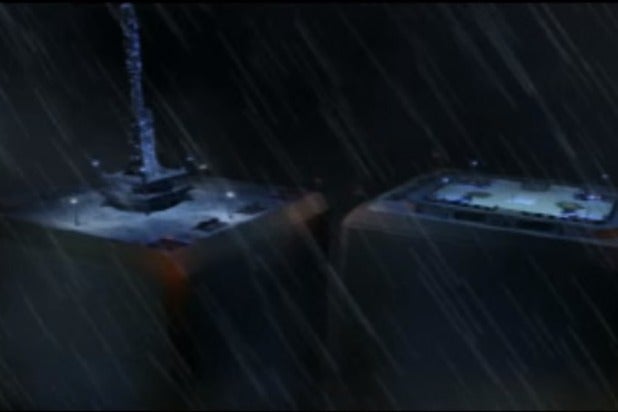 Activision
"Spider-Man 2: Enter Electro"  This video game was supposed to feature a climactic battle between Spidey and Electro atop one of the World Trade Center towers, but the location of the fight was changed. 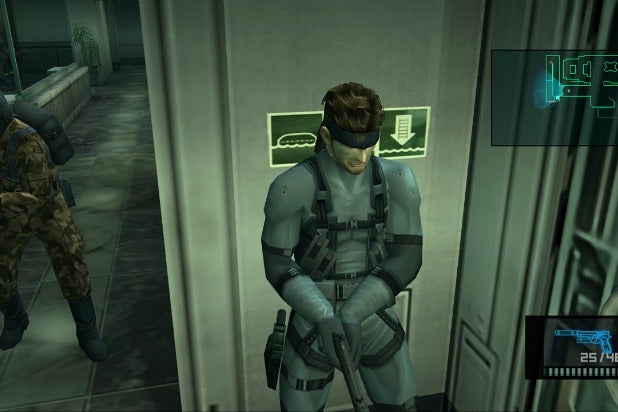 Konami
"Metal Gear Solid 2: Sons of Liberty"  This game removed a sequence in which the Statue of Liberty is destroyed by the bad guys, as well as a shot of the World Trade Center. 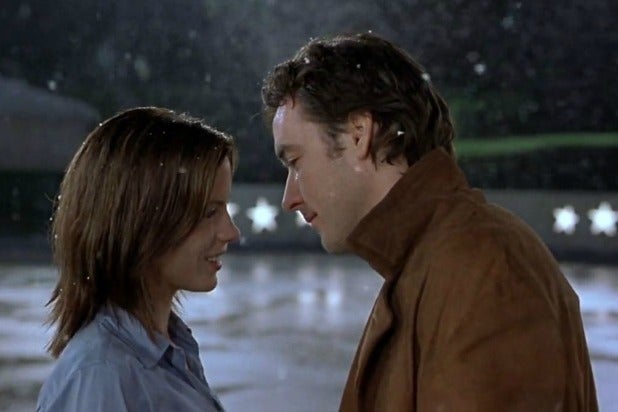 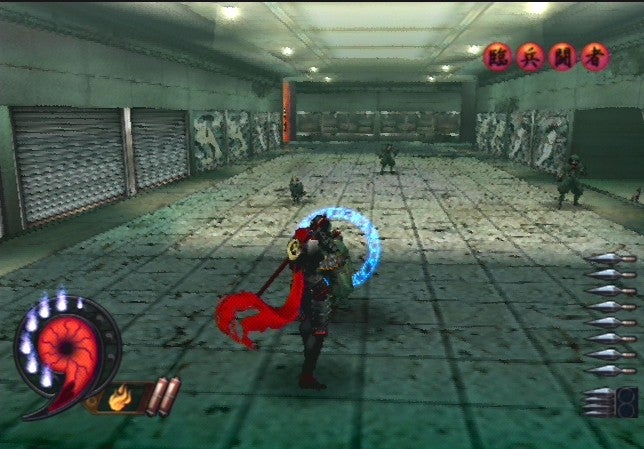 Sega
"Shinobi"  The over-the-top ninja action game was intended to include a sequence in which Shinobi sticks his katana into the outside wall of a skyscraper and then slides down it, after which the building falls apart, but this was removed. 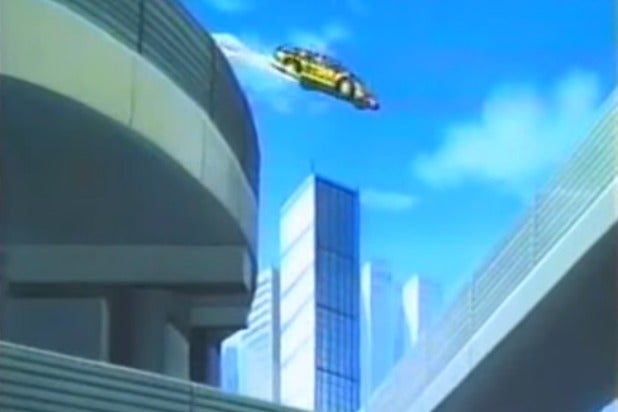 Hasbro
"Transformers: Robots in Disguise"  Several episodes containing large-scale destruction were either drastically re-edited or weren't aired in the U.S.
x
Looks like you're enjoying reading