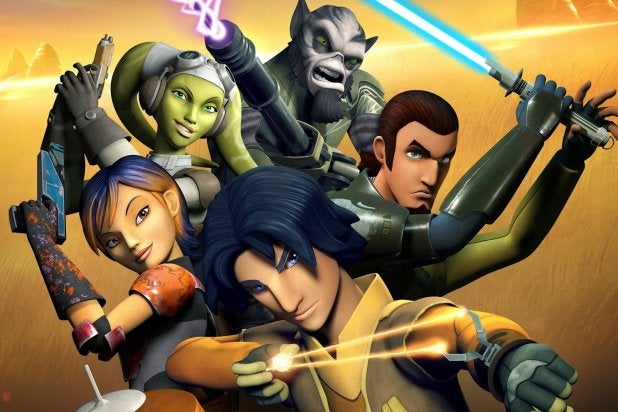 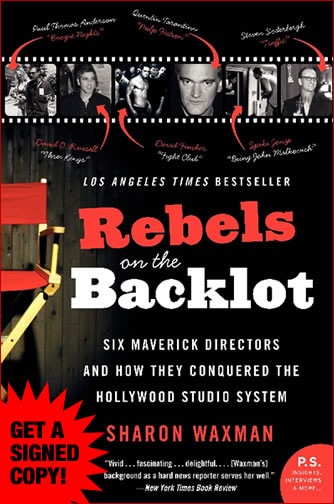 Autographed copies - You can buy a signed copy of the hardback book, which is no longer available in stores, from the author directly for $20.00 plus shipping and handling. Send requests to sharon.waxman@gmail.com for details.

“Like all good reporting Rebels on the Backlot ultimately opens up its subject for debate and leaves the final verdict to the reader . . . astute . . . Waxman unearths juicy anecdotes that’ll keep film fans cackling and turning the pages . . . Film directors’ careers are full of second and third acts. I’m sure we haven’t heard the last of any of these guys, and I’m grateful we’ll have Sharon Waxman on hand to fill us in.”

In REBELS ON THE BACKLOT: Six Maverick Directors and How They Conquered the Hollywood Studio System (Harper Perennial; January 1, 2006; $14.95), Sharon Waxman brings the same level of incisive reporting that distinguished her at both the Washington Post and, today, at the New York Times to tell the gripping story of independent filmmaking in the 1990s as it moved into the studio system, challenging the norms of commercial Hollywood and changing the movies we see at the cineplex. Waxman analyzes the careers and signature films of Quentin Tarantino, Steven Soderbergh, David Fincher, Paul Thomas Anderson, David O. Russell, and Spike Jonze. “With their films, the rebels of the 1990s shattered the status quo, set new boundaries in the art of moviemaking, and managed to bend the risk-adverse studio structure to their will,” she writes. “They created a new cinematic language, recast audience expectations, and surprised us_and each other.” In the early ’90s, a seemingly endless series of corporate mergers had turned Hollywood’s major studios into profit factories, churning out sequels, remakes and formulaic star vehicles guaranteed to bolster the bottom line. But under the radar a group of talented newcomers was operating. They were interested in making movies their way, much like their predecessors of the 1970s. But unlike their 1970s counterparts, the young directors of the 1990s weren’t film school graduates, but rather self-taught, independent thinkers eager to remake modern cinema in their own image.

In REBELS ON THE BACKLOT, Sharon Waxman gives a rare, 360-degree view of the creative and business sides of film making, tracking the labyrinthine process. Her choices of directors and films offer a fascinating glimpse at the fractious relationship between artistic talent and commercial imperative, the ever present tension in contemporary Hollywood. REBELS ON THE BACKLOT focuses on the following iconic movies:

Although these six films seem to have little in common, Waxman notes “the movies of these new rebel auteurs shared many things. They played with structure, wreaked havoc with traditional narrative form, fiddled with film stock, and ushered in the whiplash editing style true to a generation of video game children. Their movies were shockingly violent and combined their brutality with humor.”

Waxman conducted more than one hundred interviews with actors, producers, executives, and the directors themselves to produce this provocative, insightful, behind-the-scenes account of the clash between the prevailing studio culture and the rebel spirit of artists working within it. In writing REBELS ON THE BACKLOT, Waxman says, she “tried to choose movies that had broken through to a wide audience, that marked the culture in some indelible way, films that over time will be seen as emblematic of the brutal, surreal, confused sensibility that, came to define the 1990s-a decade better known for consumer excess and Clintonian dysfunction-and presaged the far more serious world that awaited us beyond the millennium.”

About the Author Sharon Waxman is the Hollywood correspondent for the New York Times, and previously was a correspondent for The Washington Post, becoming the paper’s first reporter to cover the entertainment industry from Los Angeles. She came to Hollywood after nearly a decade of reporting abroad, covering European politics and culture, and before that the Middle East, focusing on the Israeli-Palestinian conflict. She lives in Santa Monica, California with her family.

You can buy an autographed copy of the hardback book, which is no longer available in stores, from the author directly for $20.00 plus shipping and handling. Send requests to sharon.waxman@gmail.com for details.