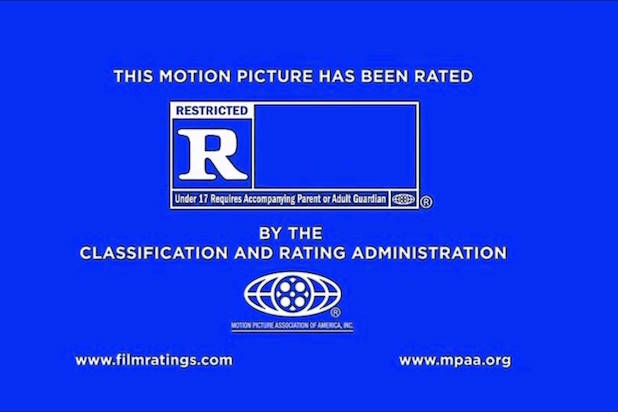 R-rated films have made up more than half of all films rated by the Motion Picture Association of America (MPAA) since it launched its content rating system 50 years ago, the organization announced Monday.

But even after that, R-rated films continue to take up the majority of movies from year to year. While films deemed suitable for younger audiences get sorted into different tiers based on their content, adult films are generally sorted into the R rating format.

Less than 10 films have gone to theaters with an NC-17 rating since its introduction in 1992, as studios see the rating as dangerous to a film’s box office potential and can submit a film more than once to work it down to an R rating.

The year that turned out the most R-rated films was 2003 with 645, accounting for 68 percent of all films released at the peak of the DVD boom. Among the R-rated films that came out that year were the “Matrix” sequels, “The Last Samurai,” “Terminator 3” and “Freddy vs. Jason.”

Meanwhile, the PG-13 rating became increasingly popular with major studios after the turn of the century, giving them the opportunity to create more mature blockbusters with four-quadrant appeal. While the number of PG-13 films in a year never exceeded 120 from 1984-1999, it has never dropped below 140 films since 2000.

The PG-13 count peaked with 232 movies in 2005, a year that yielded films like “Star Wars: Episode III — Revenge of the Sith,” “Batman Begins” and “Harry Potter and the Goblet of Fire,” the first Harry Potter film to receive a PG-13 rating.

In a Nielsen survey of 1,559 parents of children between the ages of 7 and 16, the majority agreed either strongly (59 percent) or somewhat (36 percent) that the ratings are helpful tools.

According to the survey, 84 percent of parents found the rating system accurate in its classification of movies, and 88 percent agree the rating descriptors are accurate.