In his final major address as chairman of the Motion Picture Association of America, Chairman and CEO Dan Glickman Tuesday told exhibitors at ShoWest, "I got my Hollywood ending," adding, "If I could leave this community with one piece of advice, it is never forget our power to change people’s lives and, in doing so, to change the world.”

He also gave a bit of musical advice. 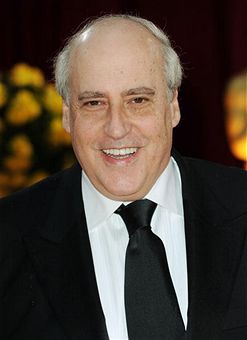 "One of the highlights these past six years has been joining you at ShoWest to celebrate this great American industry and the partnership between moviemakers and theater owners that’s at its heart," he told exhibitors. "I can’t help but think of the old Sinatra song:

"That’s us. Exhibition and distribution are joined at the hip. We have our occasional differences. But we’ll stay together and grow stronger together, so long as we keep doing what we did so successfully this past year — and that’s give the people what they want."

“We have more people going to the movies and more folks going more often,” he said. “The quality and diversity of films is what keeps folks coming back. Add this powerful new 3D era, and I predict the best is yet to come at the box office.”

Glickman covered several areas that had seen important changes during his term in office:

“Technology is making it easier for people to enjoy movies in new ways,” Glickman said, “and it means a lot to me that these innovations extend to the theater. The communal, theatrical experience will always be the heart of this business. Shakespeare first said it: ‘The play is the thing.’ But it’s as true today as it was in the time of ‘Romeo & Juliet.’ I think that’s why this medium – which combines a good story and a shared experience – is so influential and so loved around the world.”

Glickman said the organization is “adapting to a new technological era … and all that means for our businesses, for creativity and for the most important relationship this industry will ever have – and that’s our relationship with our customers.”

Glickman said his predecessor, longtime MPAA chief Jack Valenti, would be pleased to see “the transformation of the MPAA into a truly worldwide organization. I’ve relished the opportunity to be an ambassador for one of our nation’s greatest economic and cultural exports – among the only industries in America with a trade surplus around the world. One example: ‘Avatar’ is now the highest-grossing movie of all time in China. President Obama spoke last week about boosting exports. It’s quite clear to me that this industry is setting the bar and the example there.”

With increasing globalization comes increased opportunity for piracy, an ongoing battle for the MPAA. Glickman cited anti-camcording laws in more than 40 states and several countries that are helping to battle piracy. :We know that 90 percent of illegal material starts with a camcording in a theater,” he said.

“The MPAA was early to the work of rallying the world to this cause. It hasn’t always been popular. But it has always been the right thing to do,” he said.

The organization also “will continue to protect filmmakers from government censorship, so long as we continue to do our work in a responsible, principled way.”

“We’ve done important work together protecting intellectual property at the dawn of the digital age,” he added, pointing to the White House copyright czar, the Pro-IP Act and the fact that “every international trade agreement that the U.S. enters now includes clear protections for the power and the value of ideas and of creativity.”

One of the more controversial but well-known activities of the MPAA is its movie ratings system. Glickman said he was proud of the system “and its value to parents in this new age of social media, where everyone can and does share their point of view.”

To that end, he said the organization is relaunching its ratings website, www.filmratings.com, to ensure ratings information is readily accessible to all. The goal is to bring added transparency to the process as well as “promoting better understanding of the lesser-known but equally important Advertising Administration, which strives to ensure every piece of movie advertising is appropriate for the audiences that see it.”

“The system – we know – isn’t perfect,” Glickman said. “We’ll never find a bright white line at the intersection of free speech, creative and political expression and how parents raise their kids. And that’s OK.” However, it is important to welcome all parties to the discussion and be open to debate and dissent, he added.

“Moving forward, it’s critical that we remain open to change. Our kids are smarter, more tech-savvy and sophisticated than we were a generation or two ago. Our ratings and advertising programs need to keep up. And we should continue to examine ways to keep the system relevant and contemporary. It’s not a popularity contest. Nor is it a morality quest. This is our industry taking responsibility to provide clear, concise information to parents.”

While celebrating 2009’s success, Glickman admitted, "We face real challenges in the downstream markets, and we’ve worked hard to pull back the curtain and help policymakers understand these issues in our Business of Show Business symposiums. We also have worked to raise awareness of the fact that this is no longer an East Coast/West Coast business. ‘Hollywood’ can be found in every state in our union today.

"I didn’t come to this job from the industry," he added. "But I leave it believing quite strongly that this community is not something separate and apart from America, but something inextricably tied up in what America means to the world. Just look at the extraordinary films up for an Oscar this year: ‘Precious’ … ‘The Hurt Locker’ … ‘The Blind Side’ … ‘The Messenger.’ And, peek behind the curtain, too, to the overwhelming response of this creative community to the crisis in Haiti.

Glickman admitted he knew some people thought he was an unusual choice for the MPAA job, given his background as U.S. Secretary of Agriculture.

“Joe Hollywood, I’m not,” he said. “I’m just a guy from Kansas who has loved movies since I was a kid, who has a genuine affection for this art form and a real appreciation for what movies do for this country and, I truly believe, for the world.

“Movies will always be my first love,” he said. “But now I get to follow my heart back into public service.”

Glickman, a lifelong fan of the movie theater experience, concluded by saying, “I won’t say goodbye — just: ‘See you at the movies.’”