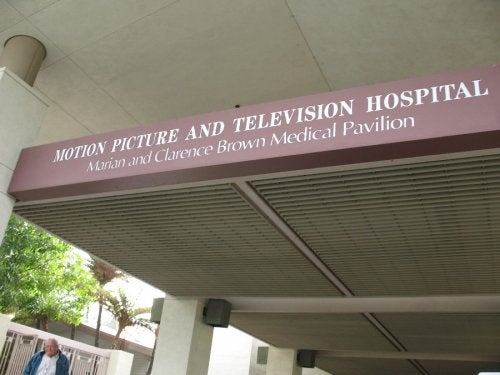 With the recent exit of Dr. David Tillman from the Motion Picture and Television Fund, all eyes are on his second in charge, Seth Ellis, who serves as the fund’s vice president and its chief operating officer.

Tillman and Ellis arrived together at the fund in 2000 as new brooms — but would make bitter enemies of the elderly residents and their family members who are resisting the fund’s closure of the  Motion Picture Home.

If ever words have come back to haunt someone, they may have in Ellis’ case.

Depending on the listener, the term “successful aging” either describes a proactive strategy of coping with aging, or is Orwellian shorthand for expelling the fund’s most vulnerable residents.

The expression, in fact, was coined in the early 1960s and its broadly defined principles were soon embraced by gerontologists. The thumbnail definition of successful aging says that, given opportunities to socialize, proper nutrition and physical activity, the vast number of elderly people can continue to lead rewarding lives from the time of retirement until death.

The successful-aging phrase – if not the concept behind it – struck a raw nerve among those fighting the Motion Picture Home’s closing, when they discovered it in a 2007 interview with Ellis – conducted well before the closure announcement.

“We want this campus,” Ellis told “Long-Term Living Magazine” (then “Nursing Homes Magazine”) “to be a place for elders to live their best lives; not a place that looks at sickness, but looks at the key ingredients of successful aging.”

The quote has appeared in numerous posts and comment emails at TheWrap and other sites that reported on the home’s closure. The otherwise innocuous article in which Ellis was interviewed was the kind of journalistic karaoke in which a microphone is handed to an interview subject to tout the good work his or her organization is doing.

Where eyebrows raise, however, is over the clause about the campus not being “a place that looks at sickness” – which seemed to equate successful aging with only the healthiest seniors. The ambiguous phrase could imply that MPTF either doesn’t want to see sick people on its Wasserman Campus, or doesn’t want to solely be preoccupied with sickness.

In conversation with TheWrap, Ellis emphasizes he meant the latter.

“The people who find it sinister took it cynically,” Ellis says of the interview quote. “It’s been terribly misquoted and misconstrued. This notion that all I want is healthy, buff seniors is ludicrous,” he says.

Ellis explains that the point he was making was that conversations about aging in America are too often dominated by the frailties associated with growing old — to the detriment of figuring out ways to let senior citizens live full lives.

“Many, many people have complimented me on that position,” he says.

Ellis points to a range of initiatives he has launched to end the isolation of the some campus’ elderly residents, including redesigning the dining hall and commons area to make them more conversation-friendly; making it easier for residents to communicate to friends and relatives via the Internet and obtaining wheelchairs for non-ambulatory residents so they can enjoy the home’s grounds.

Still, closing the MPTF’s inpatient hospital means that there definitely will be a lot less sickness to look at on the Wasserman Campus.

Michael Connors, a spokesman for California Advocates for Nursing Home Reform (CANHR), says he can easily understand why the quote would shake up Motion Picture Home residents and their family members. He adds that CANHR supports the LTC unit and its inpatient hospital remaining open.

“It’s natural that the families would be concerned about it,” Connors says. “I don’t find [the quote] ambiguous — I found it alarming. That a comment like that would be made and then followed by efforts to eliminate the Long Term Care Unit is cause for concern.”

Conners says he is not personally involved with the anti-closure fight, although he attends the family council meetings that MPTF provides for campus residents.

The decision to close the Motion Picture Home is often compared unfavorably to the expansion strategies of the nearby Los Angeles Jewish Home for the Aging, or the East Coast’s Actors Fund Home. Both facilities have lately added beds to their long-term care facilities, although neither come close to being as large as the 44-acre Wasserman Campus, which also contains assisted- and independent-living residences, and offers a range of health and social-welfare services.

The Actors Fund, which operates the six-acre Lillian Booth Actors Home in New Jersey, recently renovated its facility and added 15 beds to its 67-resident long-term care unit. The fund’s 109 residents mostly come from the worlds of stage and dance — its women’s styling shop is called the Stella Adler Beauty Salon. (Fund spokespeople did not return calls for interviews.)

The Jewish Home, which, as it approaches it centenary, comprises 16 acres on its two Reseda campuses, can house up to 175 long-term care residents in two separate facilities.

As Andrew Gumbel wrote last year in TheWrap, the Jewish Home has been dramatically expanding its facilities.

Its CEO, Molly Forrest, Forrest, however, says that had she foreseen the economic downturn she “may have had second thoughts” about the Jewish Home’s ambitious expansion program. She points out, sympathetically, how expensive any seismic retrofitting is for the MPTF Wasserman Campus’ older buildings, while adding that the MPTF employs costlier union labor while the Jewish Home doesn’t.

Still, the Jewish Home is fulfilling its goal to not only remain open but to grow.

“We must raise between $10 and $11 million a year to stay open — our endowment is only about $10 million,” says Forrest, who acknowledged a spike in Jewish Home applications after MPTF announced its closing. “We don’t get huge donations — we have almost 6,000 individual donors who give us $500 a year, year after year.”

Forrest says her facilities embrace the concept of successful aging, preferring, though, to use the more New Age-sounding sobriquet “Body, Mind and Spirit.”

“If,” says Forrest, “we work on maintaining skills and physical stamina of those who live with us and stimulate the mind . . . then it allows your spirit to flower because your not concerned about the basics of survival.”

In the meantime the MPTF’s Ellis insists that it’s not only the Wasserman Campus’ buildings that are aging successfully.

“We don’t want to be a hospital,” he says, “but a place where people can live their best lives.”