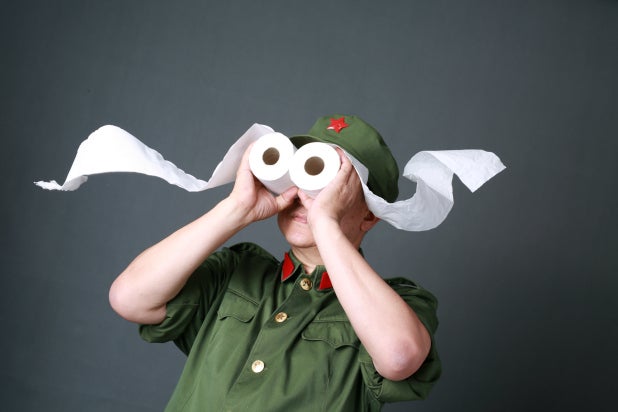 Few among us would embrace a nickname like “Mr. Toilet,” and even fewer would give presentations on sanitation while dressed as one. Jack Sim does both, which is why the activist has earned renown — and respect — for his efforts to increase access to, well, toilets worldwide.

As you might imagine, his nickname, costume, and frequent use of the word “s–t” are all part of an ongoing attempt to break the taboo around the subject so that progress can be made. Likewise, this documentary.

Lily Zepeda’s “Mr. Toilet: The World’s #2 Man” adheres to just about every convention of the unsung-hero-documentary genre, with testimonials from loved ones and experts alongside footage of him doing his utmost to solve a problem to which most of us have never given a second thought. You’ve seen many movies like this before, which isn’t to say it doesn’t have its charms.

Most of them are thanks to Sim himself, who tosses off jokes and troubling statistics in equal measure. Some 40% of the world doesn’t have access to a toilet, he’ll say gravely in one scene before joking about “turning poop culture into pop culture.” Even when you feel the discomfort yourself, you’ll likely agree with Sim that low-level queasiness about toilets is hardly an excuse for those in power to stall on such a pressing issue.

So why, then, does the status quo persist? Even when the conditions are shocking, Sim hears variations of the same answer everywhere he goes: Installing toilets is too expensive in impoverished areas, and other problems are more urgent. The most interesting concept raised by the film almost seems accidental — the tension between raising awareness and effecting actual change.

Watch Video: 'Bless This Mess' Season 2 Premiere: Mike Walks in On Rudy Brushing His Teeth on the Toilet, So That's Horrible (Exclusive)

Sim is a great spokesman, and achievements like getting the United Nations to launch World Toilet Day are among the many feathers in his cap, but when he visits the places most in need, his plan mostly consists of trying to convince people to do something they’re not particularly inclined to do. (It’s true what they say about leading a horse to water, doubly so if the water is in a toilet bowl.)

Among the interviewees in “Mr. Toilet” is Goh Chok Tong, the former prime minister of Singapore, who expresses admiration for Sim while also pointing out that his reach exceeds his grasp. That’s a through-line here, especially when it comes to Sim’s employees at the World Toilet Organization, who are in awe of his ambition even as they’re frustrated by his inability to set realistic goals and see them through.

Zepeda touches on these shortcomings without lingering on them, resisting the urge to turn “Mr. Toilet” into another hagiography while also coming across as reluctant to truly dig into the less comfortable aspects of her subject, something Sim himself might find disappointing.

The activist’s boundless enthusiasm and eccentricity enliven the film, from the names of his children (Earth, Truth, Worth, and Faith) to his habit of painting zebra stripes and giraffe spots on public property in an apparent act of civil disobedience. It’s not all fun and games, of course, and when he casually drops insights like “a billionaire will be one that improves the lives of a billion people, not just have a billion dollars,” it’s clear there’s more on his mind than scatological humor. Sim is constantly on the move, eschewing the “think globally, act locally” ethos, because his native Singapore does quite well on the toilet front, meaning that he’s much more often in China and especially India.

Mr. Toilet doesn’t have all the answers for this massive issue, and “Mr. Toilet” doesn’t either. Which is fine; the documentary will likely succeed in making all who watch it aware of this matter. If at times it feels more like a PSA than anything else, at least it’s a worthy one.