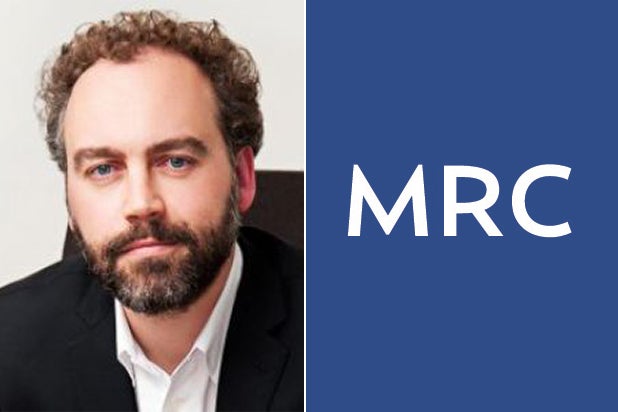 In his new role, Segna will be responsible for shepherding the studio’s development slate as it continues to expand in television. He will report to MRC president Elise Henderson.

“Ken has amazing relationships, impeccable taste, and a knack for discovering and shaping compelling and entertaining stories,” Henderson said in a statement. “We’re thrilled to have him join MRC Television to lead development efforts as we continue to grow.”

The news comes a few weeks after Peter Johnson announced he would step down as MRC’s president of TV development following a two-year tenure.

“I’ve already been lucky enough to work with MRC in my previous role and this is a tremendous opportunity to lead development efforts at one of the most well-respected independent studios known for their artist-first mentality,” said Segna. “I cannot wait to dig in with Elise and team and do some amazing work together.”

Most recently, Segna served as senior vice president of original programming at Starz, a position he held for four years. In that position, he led development on the sci-fi series “Counterpart,” from MRC, as well as “Power,” “American Gods,” “The Girlfriend Experience” and “Sweetbitter,” among others.

The studio’s TV slate includes the Netflix drama “Ozark,” currently in production on its third season; Hulu’s “The Great,” starring Elle Fanning and Nicholas Hoult; “The Outsider” at HBO, starring Ben Mendelsohn and Jason Bateman; and the Amazon pilot “The Dark Tower.”