“Ms. Marvel” is only the second Marvel Disney+ series to drop in 2022 and already it feels like a 180 degree heel-turn from the last one, “Moon Knight.” Where Oscar Isaac’s Mark Spector was moody and dark with barely any connection to the larger Marvel Cinematic Universe, “Ms. Marvel’s” main character Kamala Khan, played by the delightful Iman Vellani, is a bright, funny Avengers fangirl whose powers literally sparkle.

Ever since Kamala punched her way into comics in 2013 with her “embiggened” fist, the Pakistani-American teen has been one of the most popular original Marvel characters. Adapted to the screen by head writer Bisha K. Ali, not only is “Ms. Marvel” one of the most highly anticipated comic book adaptations to hit the streaming service, the character will make history as the first Muslim-American superhero show created for the franchise.

At only six episodes, the first season is not a direct adaptation of the comics and although her origin story has changed, her new power set is still pretty cool. More “Raven” than “Runaways,” the first two episodes released to the press reveal a fun series laying the groundwork for an epic origin story, directed by Adil El Arbi & Bilall Fallah (Episode 1) and Meera Menon (Episode 2). What they’ve managed to create in just under two hours is a funny, heart-warming and light-hearted teen drama about a Jersey City teen who suddenly develops superpowers and tries to hide her gifts from her traditional parents.

Visually inspired by “Spider-Man: Into the Spider-Verse” and “Scott Pilgrim vs. The World,” the blended animation styles and remixed soundtrack provide the backdrop to Kamala’s colorful, fast-paced universe. Setting a lighter tone than most other Marvel shows on the platform (see also: the grief-stricken “WandaVision” and the action-centric “The Falcon and the Winter Soldier”), the series feels like a return of sorts to Disney’s family-friendly roots.

Like the Marvel film “Shang-Chi and the Legend of the Ten Rings,” family, community, and a hidden past are familiar story wells that abound in “Ms. Marvel.” However, this new series skews younger as 16-year-old Kamala doodles characters, uploads Marvel fan theories to the internet, and tries to pass her driving test while challenging her parents’ curfew. But long before Kamala’s powers manifest, we meet her dad, mom, and devout brother (Mohan Kapur, Zenobia Shroff, and Saagar Shaikh, respectively) and her best friends Bruno (Matt Lintz) and Nakia (Yasmeen Fletcher). This allows the audience to acclimate to a day in the life of a teenaged second-generation daughter of an immigrant family before crystals start flying.

Even though some of Kamala’s world might be new to Western audiences, her vibe is familiar (and relatable). Socially awkward and super clumsy, she constantly walks the tightrope of keeping her parents happy, trying to be accepted at school and keeping her grades up.

Ali deftly weaves Kamala’s fictional family history into the dialogue as well, punctuating backstories with real-world events such as the British Partition of India and the subsequent violence and trauma that the descendants of the displaced still carry with them. However, the story doesn’t stay there for long before moving on to Kamala’s comedic floundering, imaginary dance numbers and plenty of Marvel Easter eggs.

A true superhero fan, Kamala can’t wait to attend the fictional Avengers Con — in costume as her favorite hero to boot. But, of course, her parents won’t let her go unless her father chaperones, who hilariously attempts to relate to his teenage daughter by cosplaying as the Hulk to convince her.

What Kamala really wants is to cosplay as Captain Marvel in a suit constructed by Bruno. In addition to being a tech wiz, an apparent cosplay fabricator and an engineering geek, Bruno is also fluent in Urdu and the only boy that the Khans let their daughter hang out with. Kamala’s parents want the best for her but are a bit overprotective, so when Kamala’s powers kick in, she has no idea how to tell them. But she needs to think fast because after her exploits hit social media, everyone will be looking for her, including the Department of Damage Control.

The series, which takes place after the events in “Avengers: Endgame,” appears to be using Kamala’s comic book origins as a jumping-off point, bringing a new look and feel to the show and to the MCU as a whole. Kamala’s new power set consists of hardening crystals that extend from various appendages (occasionally mimicking her original comic book stretchy powers.) and the series also features a blend of stop motion, 2D and 3D animation, all of which are creatively composited within live-action sequences and the actors themselves.

Vellani, a real-life Marvel fan, is perfectly cast as Kamala. A joy to watch, her reactions and facial expressions are so honest you’ll wonder more than once if she’s acting. Other cast members to keep your eye on are the mysterious transfer student Kamran (Rish Shah), who pops up in Episode 2, and actor Aramis Knight (“Into the Badlands”) slated to appear in later episodes as Red Dagger.

At its core, “Ms. Marvel” is a coming-of-age story told through the lens of a Southeast Asian-American teenager. Although two out of six episodes are not enough to make a full assessment of the series, the creative visual storytelling, new power set and star-making performance from Villani certainly indicate “Ms. Marvel” is off to a fantastic start. 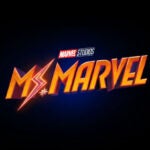 Also Read:
Here’s Why You Should Know Kamala Khan, The Lead of Disney+’s ‘Ms. Marvel’