Disney+ and Marvel Studios have released the first trailer for “Ms. Marvel,” the next original series set within the Marvel Cinematic Universe – and our first introduction to the MCU’s newest superhero, Kamala Khan.

The new series, which Disney+ revealed will start streaming on June 8, introduces Kamala Khan (Iman Vellani), a Muslim American teenager growing up in Jersey City. An avid gamer and a voracious fan-fiction scribe, Kamala is a superhero mega fan with an oversized imagination — particularly when it comes to Captain Marvel (Brie Larson). Yet Kamala feels like she doesn’t fit in at school and sometimes even at home — that is, until she gets superpowers like the heroes she’s always looked up to.

The new series not only introduces Khan but sets up the “Captain Marvel” feature film sequel “The Marvels,” in which Vellani will co-star opposite Brie Larson’s Captain Marvel and Teyonah Parris’ Monica Rambeau from “WandaVision.” 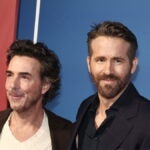 “Ms. Marvel” will be next in line to debut after the Oscar Isaac-fronted MCU series “Moon Knight,” which premieres March 30 on Disney+, with new episodes rolling out weekly. Later this year, other new Marvel series coming to Disney+ include “She-Hulk” and the limited series “Secret Invasion,” which stars Samuel L. Jackson as Nick Fury. 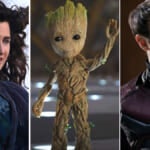