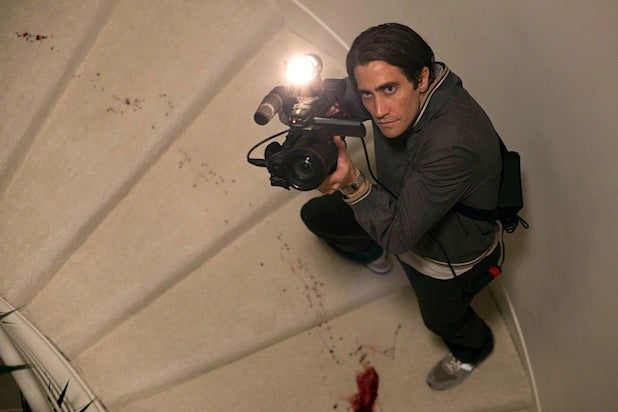 Did broadcast journalism reach a new low on Friday?

Many MSNBC and CNN viewers thought so while watching reporters comb through the home of the San Bernardino shooters, and are comparing it to a disturbing scene in 2014 Oscar-nominated drama “Nightcrawler.”

As TheWrap previously reported, even CNN’s Anderson Cooper called it “kind of bizarre” that the landlord invited cameras into the apartment of Syed Farook and Tashfeen Malik, both of whom were killed by authorities on Wednesday after going on a shooting rampage through a workplace party, where 14 people were killed.

Also Read: Why TV News Screams About ISIS But Stays 'Numb' Over Guns

In the film written and directed by Dan Gilroy, Jake Gyllenhaal‘s character — an aspiring crime scene reporter with zero ethics — witnesses a brutal murder in an upscale Los Angeles home and then decides to enter the house to capture footage before calling for help.

Not quite the same, but that’s not stopping Twitter users from ripping cable news networks including MSNBC and CNN for airing the footage.

Being compared to “Nightcrawler” is the least of MSNBC’s problems, though. The network has been blasted by both viewers and journalists for airing footage of unedited photos of individuals who may not have been the killers, including social security cards and driver licenses found in the apartment.

Critics have complained the network potentially endangered the lives of family and friends of the shooters’ who might not have been involved with the massacre.

“Although MSNBC was not the first crew to enter the home, we did have the first live shots from inside,” the network said to TheWrap in a statement. “We regret that we briefly showed images of photographs and identification cards that should not have been aired without review.”

Take a look at the Twitter chatter comparing the media moment to “Nightcrawler” below:

I had no idea Rene Russo‘s character from Nightcrawler was a producer at MSNBC now.

Jake Gyllenhaal out here doing research for “Nightcrawler 2: The Crawlening”

How about you start taking inspiration from the journalistic code of ethics instead of the movie Nightcrawler @CNN? Enjoy the lawsuits.

Do @msnbc and @CNN use NIGHTCRAWLER’s Louis Bloom for freelance video? #CNN #MSNBC

Today shall be known as the Nightcrawler Incident. — Jewish Christmas (@TrueNugget) December 4, 2015