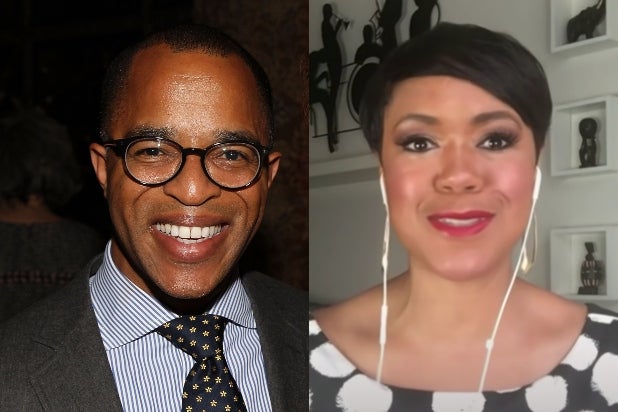 MSNBC announced Thursday that the two-hour weekend time slot once held by Joy Reid will be broken up between two new anchors, Tiffany Cross and Jonathan Capehart.

Cross’ program will air on Saturdays and premiere Dec. 12 while Capehart’s will air on Sundays beginning on Dec. 13. Both shows will be based in Washington, D.C. Like Reid before them, both will broadcast from 10 a.m. ET to 12 p.m. ET on their respective days.

Pulitzer-winning Capehart has been a contributor at MSNBC since 2009, which network president Phil Griffin noted in a statement about the new lineup: “Jonathan Capehart has been a longtime member of the MSNBC family and his steadfast dedication to great journalism, along with Tiffany Cross’ fresh expert analysis, offer our MSNBC weekend morning audience the best of both worlds from two very different life and worldview experiences.”

Cross has frequently guest-hosted on MSNBC. A veteran of CNN’s weekend show teams, Cross went on to work as the DC bureau chief of BET News and was the liaison to the Obama Administration for BET Networks.

In July, Reid was moved from her weekend show to a nightly 7 p.m. ET program on the network called “The ReidOut.” Since her promotion, Capehart and Cross have both filled in as guest hosts in the time slot.