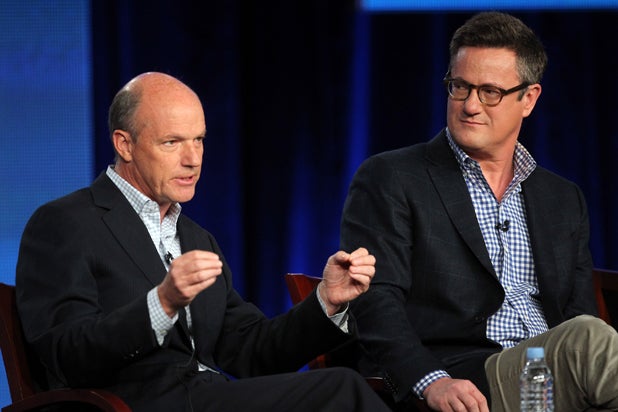 MSNBC’s demo win over Fox News on Monday night was short-lived — Fox News came roaring back the next day — and now MSNBC president Phil Griffin wants an investigation into how that’s even possible.

“Monday we had a really good day in the key demographic, on the night that Fox News debuted their three shows, we either tied or beat them in those hours,” TVNewser reported Griffin said.

“Tuesday – you guys should be doing some investigations – I have never seen it in all my years of cable, same overnight, same everything, and they doubled their ratings in a day?” he added. “It is impossible. I have never seen it, they did election night numbers in the demo Tuesday. Wednesday it came back down. I complained, I was like, what?”

In Griffin’s indignation, he seems to have gotten his facts wrong. While “The Kelly File” managed to grab 620,000 viewers in the 25-54 demo on Tuesday’s show, Fox News’ election night numbers were far higher: 3.5 million average viewers in the demo from 7 p.m. to 2 a.m. and 4.45 million during primetime hours.

MSNBC did not respond to multiple requests for comment.