MSNBC’s Joe Scarborough said Tuesday that the Republican party and its leadership have been taken over by extremists.

He said that while he was personally glad Boebert apologized to Omar, he’s still unimpressed with the event and response from GOP leadership overall. 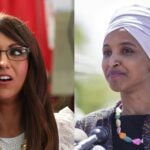 “We hope, though, at some point this sort of hate speech will be isolated and members of the House — Republicans and Democrats — can debate on the issues. My God, there’s enough to debate on. There are huge differences between what Republicans believe and what Democrats believe in the House of Representatives and that provides more than enough fodder to debate about. You don’t have to be bigoted and bring in somebody’s religious faith,” he said.

Scarborough, who served as a Republican representative prior to becoming a media figure, continued to lash out at McCarthy for — in his estimation — “crawling on [his] hands and knees” seeking support from Rep. Marjorie Taylor Greene.

Following Boebert’s comparison of Omar to a suicide bomber over Thanksgiving weekend, McCarthy issued a statement saying he was “facilitating a meeting” between the two representatives “so that Congress can get back to talking to each other and working on the challenges facing the American people.” He did not outwardly condemn Boebert’s comments. Meanwhile, Taylor Greene tweeted that Omar did not deserve an apology from Boebert at all.

Boebert and Omar did end up on the phone together, but Omar ended the call calling it “unproductive.”