MSNBC’s “The Culture Is” will be returning for another installment, this time focused on Latina women. The special will be hosted by “One Day at a Time” actress Justina Machado.

The roundtable discussion topics include differences in Latina culture, the role of identity, the impacts of the Latina vote and more. Machado and her guests will discuss their experiences as Latinas in America and how those experiences shaped them personally and professionally. 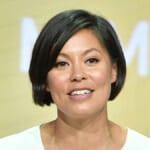 In addition to “The Culture Is: Latina,” MSNBC also plans to release specials centered on Asian American and Pacific Islander Women and Indigenous Women, hosted by Katie Phang and Alyssa London.

Earlier this year, the network released “The Culture Is: Black Women,” where Joy Reid and Tiffany Cross hosted a roundtable discussion with a trailblazing group of Black women. This marked the first in what is intended to be a four-part series. 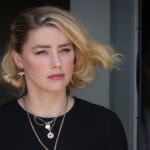