Maybe it’s time for Steve Kornacki to ditch politics and focus on the ponies full time? It might not be a terrible idea, after the NBC and MSNBC political correspondent correctly picked Medina Spirit to win the Kentucky Derby on Saturday.

Kornacki — who is best known for his command of the touchscreen “Big Board” map on Election Day — picked Medina Spirit at 12-to-1 odds to win on NBC’s pre-race show. He even put his money where his mouth is, placing a $100 bet on his prediction, which, at those odds, would’ve netted him $1,200.

Here’s NBC Sports taking a victory lap for Kornacki after the race: 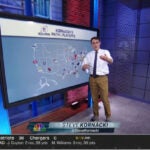 Medina Spirit entered the 147th “Run for the Roses” with the eighth best odds of winning, per USA Today.

Kornacki’s winning pick quickly earned him some kudos on Twitter.

“Damn, Steve. How long have you been around horse racing? Great pick, sir!” One user said in response to a picture of his bet.

“Never bet against the best numbers guy on TV,” another user said.

And as The Action Network’s Darren Rovell pointed out on Twitter, Kornacki was the only person out of 11 NBC talking heads to pick Medina Spirit. Perhaps this’ll turn into a full-time gig for Kornacki?

Kornacki became MSNBC’s unlikely star back in mid-2016 as the country – and the news networks – was gearing up for the presidential election. Planted next to his Big Board, adorably clad in his now trademark khakis and glasses, head down as he’d tap away at his calculator, he became the go-to guy when it came to crunching the numbers coming in from the polls. Along the way, he got one helluva following. 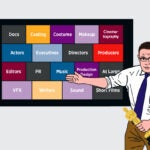 Also Read:
Can We Please Get Steve Kornacki on the Oscars Show?

In December, he and his Big Board joined “Sunday Night Football” to help break down the playoff probabilities. And earlier this year, TheWrap’s own Steve Pond suggested Kornacki contribute to live Oscar coverage.

“PricewaterhouseCoopers should report the results in real time during the Oscar show, and that the Academy should hire MSNBC’s Steve Kornacki to give us constant updates on the AMPAS version of The Big Board at the side of the Dolby Theatre or Union Station stage. (Or from a studio somewhere),” Pond wrote.

“Kornacki will of course be exempt from the Oscars’ black-tie dress code; he must wear khakis and a white shirt with rolled-up sleeves, and how could this fail to get better ratings than a parade of sealed envelopes?”