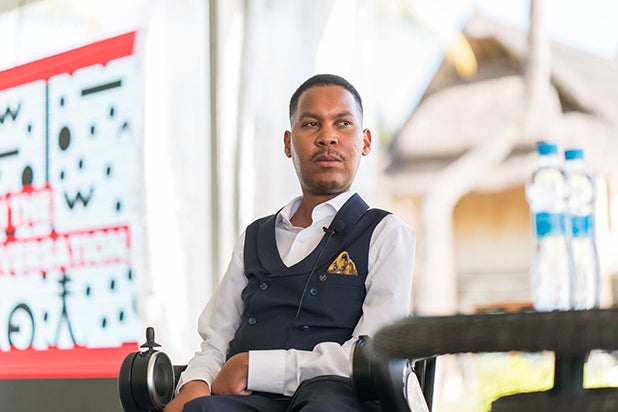 MTV is set to document Eddie Ndopu’s trip as the first physically disabled person to travel to space, the network announced on Thursday.

An activist and humanitarian, Ndopu aims to book passage on an upcoming space flight to deliver a message to the United Nations General Assembly from Earth’s orbit, advocating for the rights of young disabled people around the world.

The 28-year-old South African was diagnosed with spinal muscular atrophy at birth and given a life expectancy of five years. He has since gone on to a decade-plus career advocating for rights of disabled young people and earned a master’s degree in public policy from Oxford University.

Also Read: MTV Is Bringing Back 'Spring Break' Next Year

MTV will be on board to film everything, including Ndopu enlisting an aerospace company to facilitate the flight, his innermost thoughts as he gets closer to lift-off and his celestial journey and message to world leaders if and when he makes it to space.

The still-untitled project will begin production in 2019.

“I want to give credence to the idea of leaving nobody behind,” Ndopu told NBC News when he first announced his space plans, adding that people with disabilities are the most “neglected and invisible” minority group in the world.

“There is a very real risk that I may not survive the voyage … but I am willing to take that chance, because this is a mission that is bigger than myself,” he said. “I am not scared of the launch into space; I am scared of what will happen if I don’t see this through.”