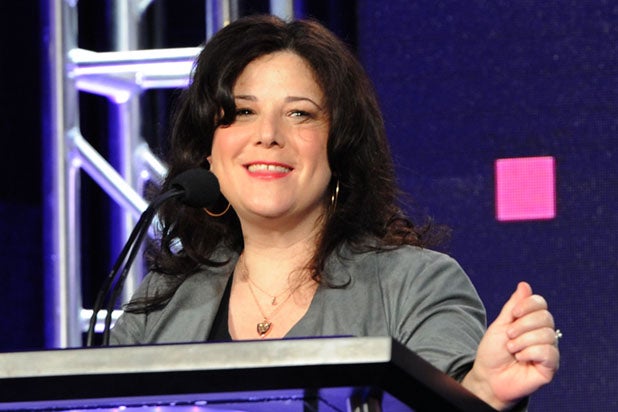 Maggie Malina, head of scripted programming at MTV and VH1, is stepping down.

Malina’s departure comes a year after she was promoted to oversee scripted programming at both Viacom networks as MTV, VH1 and Logo Group president Chris McCarthy moved to merge the departments at the two networks.

The news of her exit, effective immediately, was announced in a pair of internal memos from Malina and McCarthy and MTV, VH1 and Logo general manager Amy Doyle.

“It’s time for new adventures, but I am so grateful to have had the opportunity to make films and series that combined pop culture and social issues in unique and indelible ways,” Malina wrote.

Malina’s exit comes as VH1 and MTV have both moved away from scripted programming in recent months.

Earlier on Wednesday, MTV announced that the rebooted “Jersey Shore” had been picked up for a second season. The network has also recently expanded the “Teen Mom” franchise, rebooted “Total Request Live” and “Fear Factor,” and debuted “Floribama Shore” and “Siesta Key.”

On the scripted side, MTV’s most successful scripted series “Teen Wolf” concluded in 2017 after a six-season run, the critically praised “Sweet/Vicious” was axed after one season, and fantasy drama “The Shannara Chronicles” was moved to Spike (later Paramount Network), where it was recently canceled.

VH1, meanwhile, has taken on “RuPaul’s Drag Race” from Logo and revived “America’s Next Top Model.”

Read the memos from McCarthy and Doyle and Malina below:

We have some news to share about our good friend Maggie Malina.  Maggie has decided to step away from her role as Head of Scripted Programming for MTV and VH1 to start a new chapter.

Her tenure has been punctuated by some incredible moments across both networks that elevated our brands and delivered ratings successes.

Maggie is a creative force who has championed diversity in front of and behind the camera.

She cast Beyoncé in her first role with “MTV’s Hip Hopera: Carmen,” oversaw one of cable’s biggest original movies “CrazySexyCool: The TLC Story,” and hired an all female directing staff for the first season of “Hit The Floor.”  And, let’s not forget the top rated “Single Ladies” and critically acclaimed series “The Breaks.”

Ever the professional, we greatly appreciate her shepherding the relaunch of “Scream” to its completion.

On a personal note, we’ll miss her intense passion and infectious laugh.

More to come shortly on a new structure, but today we want to thank Maggie for her significant contributions to both brands.

Working at MTV and VH1 has been an amazing experience.  Every day, I have been inspired by the creativity of my colleagues and the company’s commitment to push boundaries, discover new talent, and deliver programming that truly spoke to its diverse and evolving audiences.

It’s time for new adventures, but I am so grateful to have had the opportunity to make films and series that combined pop culture and social issues in unique and indelible ways.

Thank you to Chris and Amy, the Scripted Programming team, and everyone else I had the privilege to both work with and call friends.

Viacom’s music-centric network has taken many forms since “I want my MTV!”