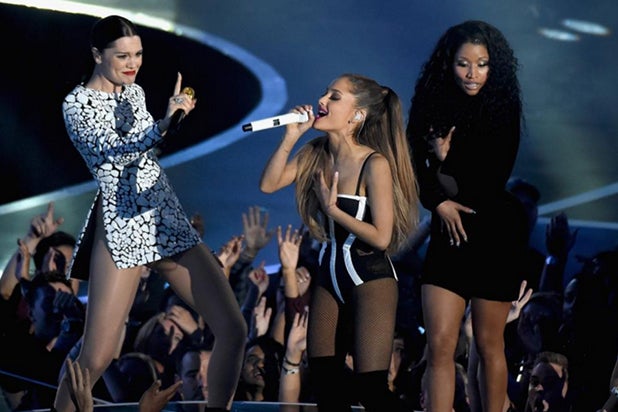 Sunday’s “MTV Video Music Awards” hauled in 8.3 million viewers and earned a 6.7 rating in the key 12-34 demographic — good enough to make the show the top cable telecast of the summer in the demo. The show was also the most social show of the summer, Nielsen said.

But the show was down 1.8 million viewers from last year, which of course is now infamous for Miley Cyrus twerking all over everything. The show was up 66 percent in total viewers last year versus 2012.

Across MTV, MTV2, VH1 and Logo TV, the first airing of the 2014 VMAs pulled in 10.3 million total viewers. Across all airings — including rebroadcasts Sunday — viewers totaled 13.7 million.

In addition, since posting the full show online on Monday morning, MTV has counted 7 million streams.