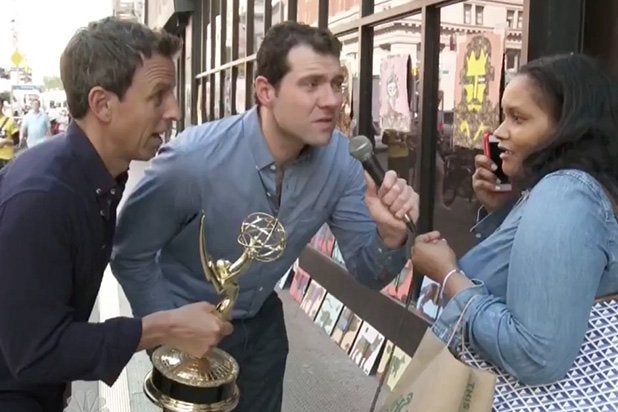 NBC had the second-highest Emmy rating in eight years, trailing only last year’s telecast since the 2006 Emmys, in early numbers.
In households in 56 markets tracked by Nielsen, the show earned a 10.9 rating and 18 share. NBC had expected lower numbers because the show aired in August on a Monday, rather than the usual Sunday. More complete numbers were expected later Monday.
Also read: Emmys Review: How to Win an Emmy This Year? Have One Already
The show, in which previous winners dominated, came within 1o percent of last year’s Emmys, which benefitted from airing on a Sunday in September and an NFL lead-in. Last year’s ceremony had a 12.1/19.

But August isn’t automatically a ratings killer: The 2006 Emmys, the top-rated in metered markets in the last eight years, earned a 13.1 rating, airing on Sunday, Aug. 27.