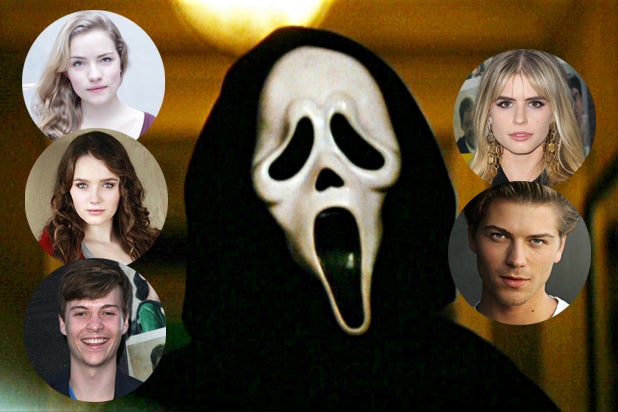 Ghostface has a new crop of telegenic teenagers to target for slaughter as “Scream” heads for the small screen in its latest incarnation.

“‘Scream’ has been one of our largest and most treasured franchises at Dimension and we are thrilled to embark on the next chapter and join forces with a network that we love,” said Bob Weinstein, co-chairman The Weinstein Company and Dimension Films. “I am so pleased to be working with Susanne Daniels to bring this ground-breaking franchise to MTV and continue its history.”

The “Scream” franchise kicked off in 1996 with the first film directed by Wes Craven and starring Neve Campbell. The big-screen adaptations left off with “Scream 4” in 2011, with Emma Roberts leading the newest batch of teenagers getting slaughtered.

The rest of the characters and potential victims include Young as Brooke, the leader of the popular clique, and Serafini as Kierna, the mysterious new kid. Young is repped by Innovative and Ben Levine at LINK Entertainment and Serafini is repped by GVA and Katie Mason at Luber Roklin.