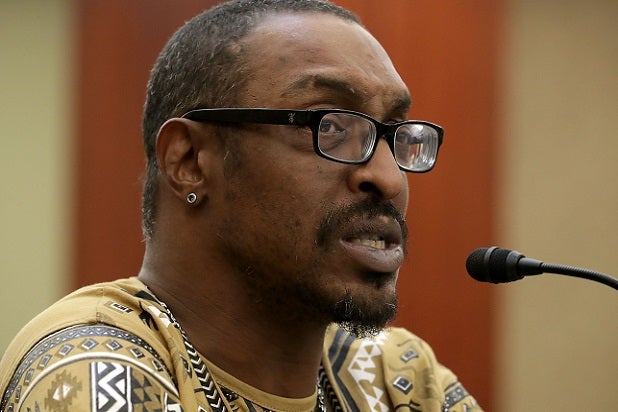 Muhammad Ali Jr. says he was “harassed” at the airport again, while trying to board a flight on Friday.

The incident comes just a day after Ali testified before a Congressional subcommittee about his experience of being detained and questioned at an airport last month. The legendary boxer’s son was attempting to board his return flight from Washington D.C. to Fort Lauderdale, Florida, when he says he was stopped by security.

“I got harassed again,” Ali told the Sun-Sentinel. “They had a ‘red flag’ on my flight. They said I wasn’t able to get on until I talked to homeland security.”

“[The JetBlue ticket agent] put me on the phone with homeland security. They asked me questions,” he told the Florida paper, adding that one of the questions was where he was born. “Luckily I had a passport so they let me on the plane.”

“I don’t see why I have to do that just to get on the plane. And another thing, I’m not out of the country. I’m in the United States,” he said.

Debbie Wasserman-Schultz, a Florida congressman and former chairman of the Democratic National Committee, was on the same flight and shared the story on Twitter.

“On way home on DOMESTIC FLIGHT Muhammad Ali Jr. detained AGAIN by @DHSgov. Religiously profiling son of ‘The Greatest’ will not make us safe,” she wrote.

In February, Ali and his mother were questioned due to their “Arabic-sounding names” while boarding a return flight from Jamaica, according to the Courier-Journal.

“To the Ali family, it’s crystal clear that this is directly linked to Mr. Trump’s efforts to ban Muslims from the United States,” Ali’s lawyer Chris Mancini told the paper. “Imagine walking into an airport and being asked about your religion. This is classic customs profiling.”

On way home on DOMESTIC FLIGHT Muhammad Ali Jr. detained AGAIN by @DHSgov. Religiously profiling son of 'The Greatest' will not make us safe pic.twitter.com/KO3IVnRFax